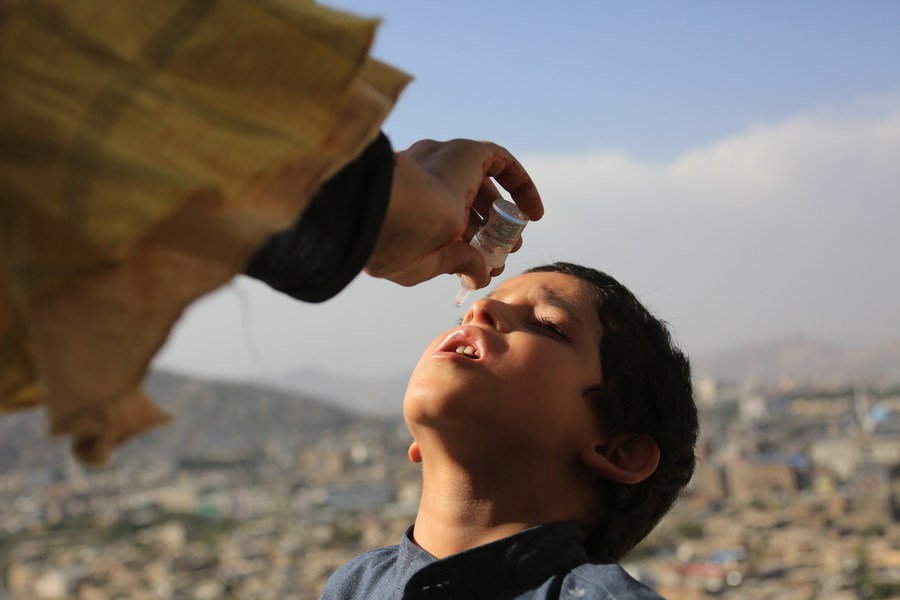 Afghanistan launched the first campaign this year to administer the polio vaccine to more than 5.3 million children under five in 16 out of the country’s 34 provinces, the country’s Public Health Ministry said in a statement Monday.

Thousands of health workers will carry out the four-day campaign from Monday to Thursday in 16 provinces, including the capital Kabul, the statement said.

Afghanistan’s Public Health Ministry, according to the statement, has been trying to bring to zero the crippling disease among children in the country.

According to the statement, in 2022, only two polio cases in the two eastern provinces of Paktika and Kunar were reported, while two polio cases have been registered in the neighboring Nangarhar so far this year, showing a significant reduction compared to 56 cases in 2020.

The first anti-polio drive in 2023 comes amid growing respiratory disease and unknown ailments in parts of the country which had killed 17 people, mostly children, over the past month.