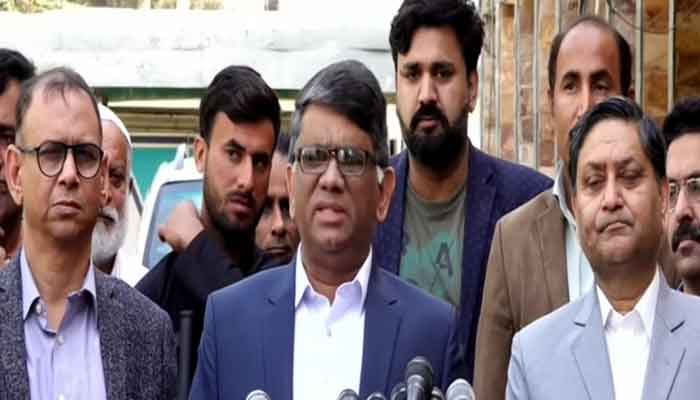 The Election Commissioner of Sindh Ejaz Anwar Chauhan was criticised from contesting parties over the delay in results of the second phase of local government elections in Sindh, saying that “this is a complicated process and it takes time to prepare the result of one union council.”

The local government elections in Karachi, Hyderabad and other parts of Sindh on Jan 15 came under a question mark on Sunday night when contesting parties — primarily the PTI and the Jamaat-i-Islami (JI) — alleged that the results of the polls were deliberately being delayed in Karachi.

The Election Commission of Pakistan (ECP) on Monday released partial results of the local government polls in Karachi, with the Pakistan People’s Party currently in the lead with 51 seats.

The election watchdog received results for 94 seats out of the 253 seats in the Karachi division.

The Pakistan Tehreek-e-Insaf (PTI) followed with 21 seats, and the Jamat-e-Islami (JI) secured 19 seats. The results for the remaining 140 seats are still pending.Jamat-e-Islami claimed that election results were being changed due to rigging and that the party was not provided Forms 11 and 12.

The PTI openly accused the PPP, provincial administration and the electoral body of wrongdoing, warning that any attempt to “change the results” after voting would lead to a strong reaction.

In Hyderabad and rural districts of the province, the key contestant Grand Democratic Alliance (GDA) — an umbrella of different political parties representing the opposition — rejected the electoral process and demanded “immediate intervention” of the state institutions. It also blamed the ECP for facilitating the ruling PPP in rigging and violation of the code of conduct.

The Election Commissioner of Sindh Ejaz Anwar Chauhan said the results were being prepared on an excel sheet on computers, reminding critics that there was no result transmission system (RTS) in place during the local government elections.

It is pertinent to mention here that the RTS purportedly “malfunctioned” on the night of the 2018 general elections, prompting widespread rigging allegations. At the time, the ECP had to revert to the traditional method of counting votes in the absence of the transmission system.

In a media talk later today, Chauhan elaborated that each returning officer had five to six UCs to oversee, which in turn had 5 constituencies. This meant that if an RO had 5 UCs, they had 25 constituencies.