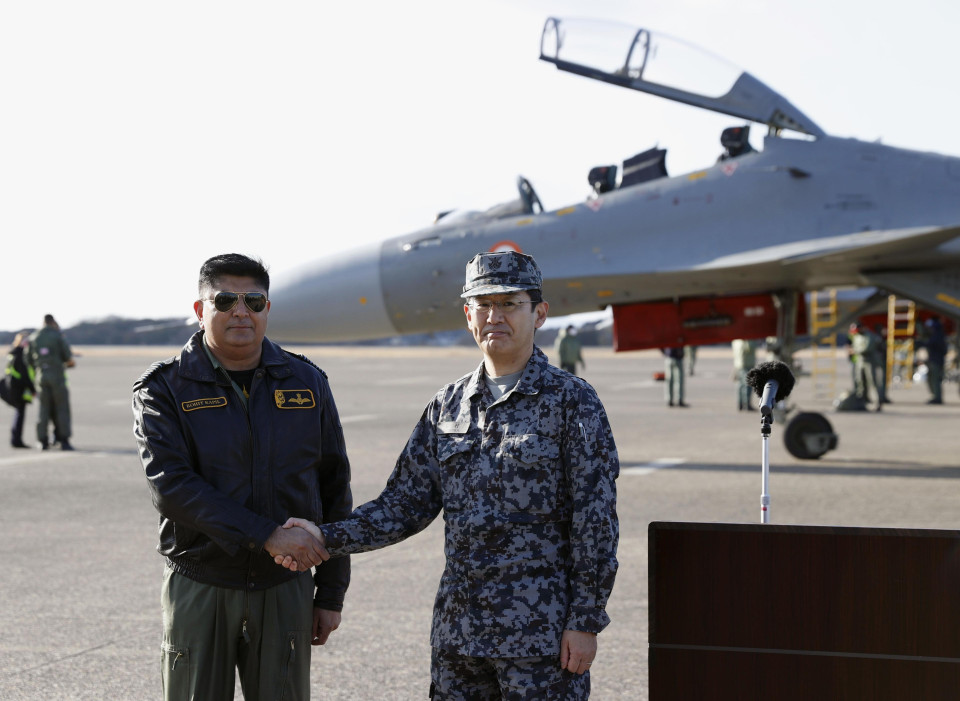 India and Japan kicked off their first-ever joint fighter aircraft exercise on Monday as the two strategic partners continue to deepen defense and security ties amid growing concerns over China’s assertiveness in the Indo-Pacific region.

Japan and India — along with Australia and the United States — are part of the “Quad” alliance, a grouping of regional powers that is increasingly concerned about China’s military and economic influence.

With the launch of the exercise series, India has now become the fifth country to send fighter jets to Japan for joint drills following the United States, Australia, Britain and Germany, as Tokyo expands its array of security partners across the globe.

“The continuing sophistication of India-Japan military exercises represents a natural development and growing comfort between the two countries,” said Dhruva Jaishankar, an expert on Indian foreign policy and executive director of the Observer Research Foundation America.

In December, Prime Minister Fumio Kishida’s government committed to doubling defence spending to two per cent of GDP by 2027 and dubbed China the “greatest strategic challenge ever” to Japan’s security.

Last week, Japan inked a new defence deal with Britain and agreed to expand its mutual defence treaty with Washington to attacks in space.

CNN predicts embarrassing end to US operation in Iraq