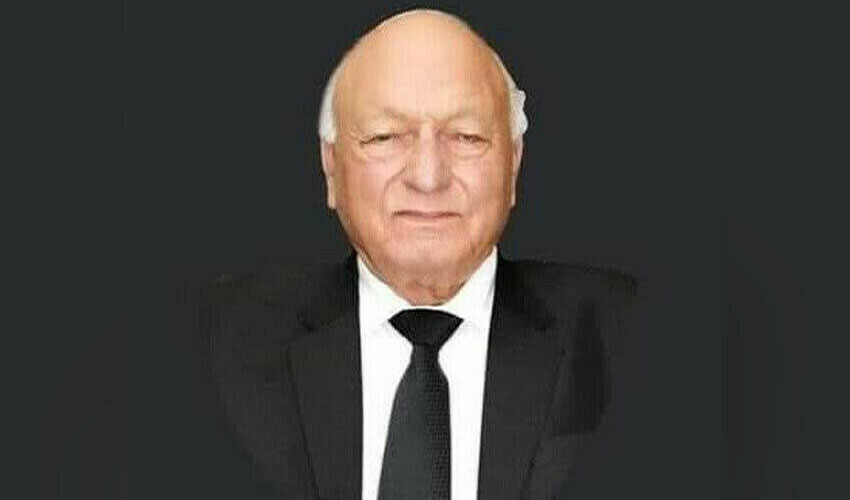 The lawyer was immediately moved to the Peshawar Lady Reading Hospital. However, he succumbed to his injuries during medical treatment.The assassin fired six bullets at Afridi.

The police said the accused is in their custody. They have recovered a small weapon, identity card and a law license from the attacker.

“The police have arrested the accused and identified him as Adnan Afridi,” the officer said, revealing that the attacker was related to Afridi.Senior Superintendent of Police Kashif Abbassi  Abbassi further said that the police suspected the attack was carried out because of “personal enmity”.

As per details, Aftab Afridi, his wife, a one-and-half-year grandson and daughter-in-law were enroute to Islamabad from Peshawar via Swabi when unidentified assailants attacked his car near the Ambar Interchange in April, 2021.

However, Latif, the then-SCBA president, had denied his involvement in the incident and said that he and his son had been falsely implicated in the case. He had also assured the authorities of fully cooperating with the relevant agencies.

The judge’s family, however, in a press conference rejected the verdict and requested the high court for justice, saying they have evidence of the lawyer’s involvement in the murder.

On the other hand, the Peshawar High Court Bar Association termed the incident a “security lapse” and questioned how a man with a weapon managed to reach the bar room.

It is pertinent to mention that the PHC bar room is located inside the premises of the high court. Tight security is regularly deployed at the entrance of the PHC and people are only allowed to enter upon showing their identity cards.

Pakistan and India exchange lists of nuclear installations and facilities