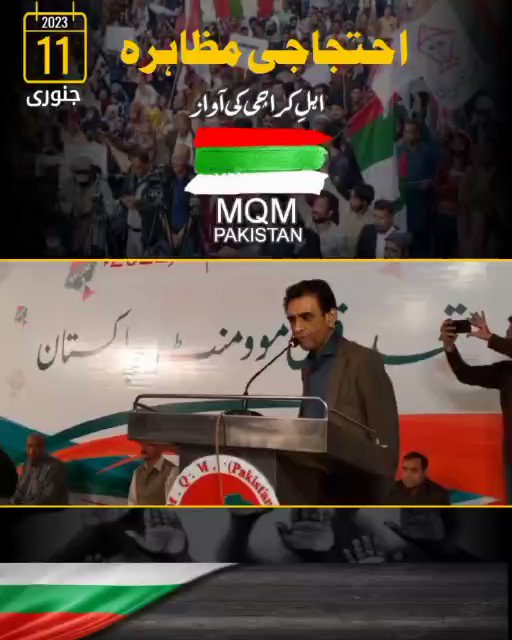 The Muttahida Qaumi Movement-Pakistan (MQM-P) is inching closer in separating from the PDM federal government.

Siddiqui also announced that the leaders of the protesting parties will go to the commission’s office to register their protest.Expressing grave concerns on elections on current delimitations, MQM-P convener claimed that there will be no voting in the megalopolis if his party boycotted them.

Khalid Maqbool Siddique accused Pakistan Peoples Party (PPP) of pre-poll rigging contending that constituencies where MQM dominates comprise 90,000 voters while those where PPP was dominating have only 20,000.

“We are given two days time to resolve our reservations after that we [MQM] will be free to make our decisions independently,” said Khalid Maqbool Siddiqui while giving warning to Prime Minister Shehbaz Sharif.

“PM Shahbaz should tell Muhajirs of Karachi and Hyderabad are his people or not,” he added.

On Monday 9 January, the Election Commission of Pakistan (ECP) rejected petitions filed by the Muttahida Qaumi Movement-Pakistan (MQM-P) regarding ambiguity in voter lists in Karachi and Hyderabad.

A three-member ECP bench, headed by Chief Election Commissioner Sikandar Sultan Raja, announced the verdict after hearing arguments of the MQM-P and other parties.