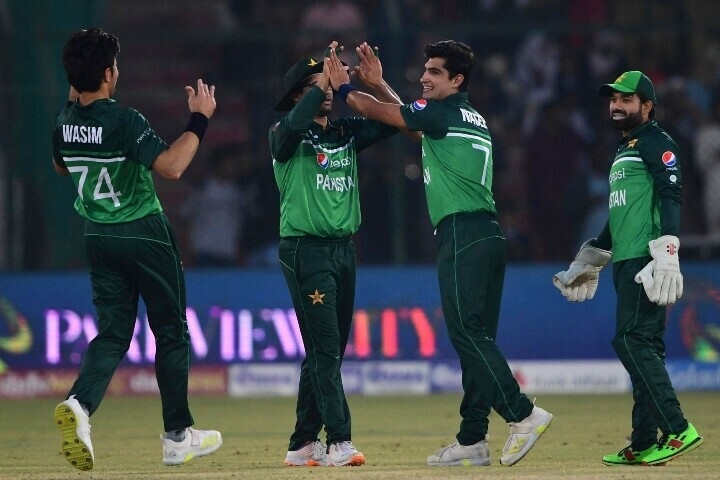 The 19-year-old grabbed 5-57 for his second five-wicket haul in just four ODI appearances as New Zealand, sent into bat, managed 255-9 in their 50 overs at the National Stadium.
Mohammad Rizwan (77 not out), skipper Babar Azam (66) and Fakhar Zaman (56) then helped Pakistan cruise to victory with 11 balls to spare.
Pakistan’s Naseem Shah (R) celebrates with his teammate Mohammad Rizwan after taking the wicket of New Zealand´s Devon Conway during the first one-day international (ODI) cricket match between Pakistan and New Zealand at the National Stadium in Karachi on January 9, 2023.