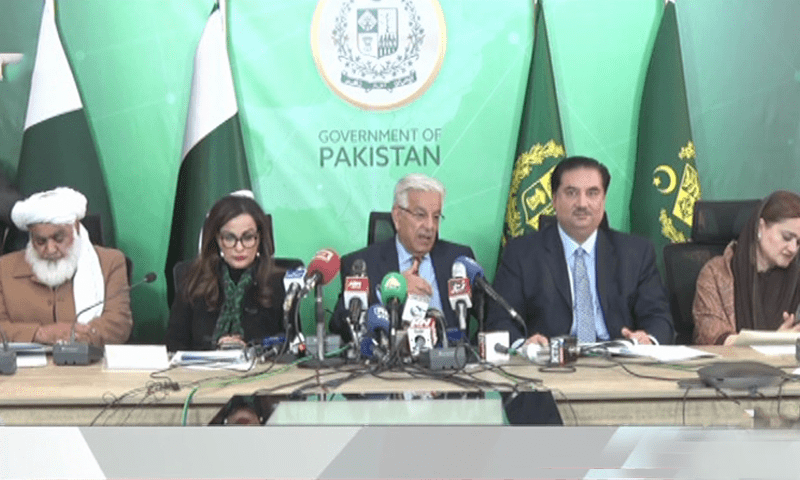 Defence Minister Khawaja Asif while addressing a news briefing after Tuesday’s meeting of the federal cabinet said the timings of wedding halls and markets across the country will be limited to 10pm and 8:30pm respectively.

“The plan will change the overall lifestyle and habit pattern of the nation and save us Rs60 billion.”Asif said that the production of fans run on electricity will be halted by July.

“Inefficient fans use around 120-130 watts of electricity. Across the globe, fans are available that use 60-80 watts,” he said, adding that the import duty on “inefficient” fans will be increased.

Moreover, he revealed that after Feb 1, 2023, incandescent bulbs would not be manufactured and additional taxes will be imposed on the ones that were imported. “We can say Rs22 billion by doing this.” 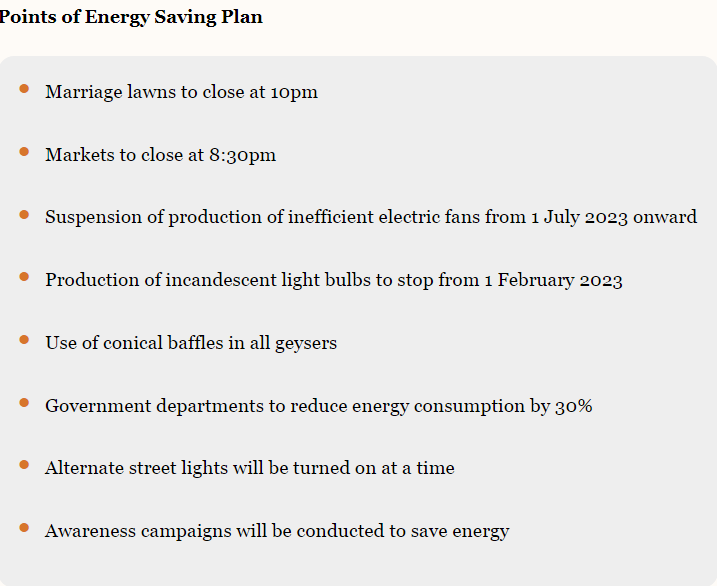 “As per the plan, marriage lawns will close at 10pm and markets will close at 8:30pm. Earlier, we had decided to close markets at 8pm but following a meeting between traders and PM Shehbaz Sharif, the timings were moved to 8:30pm .”

Asif highlighted that closure of markets, marriage halls and restaurants on the mentioned timings will save Rs62 billion for the nation.

Media reports quoting the power division have said that the circular debt which stood at Rs2.253 trillion by end of September last year had now reached Rs2.437 trillion, showing an increase of Rs185bn.

Asif added that the federal cabinet had directed the formation of a committee to look into the work-from-home policy and the process will be completed within 8 to 10 days.