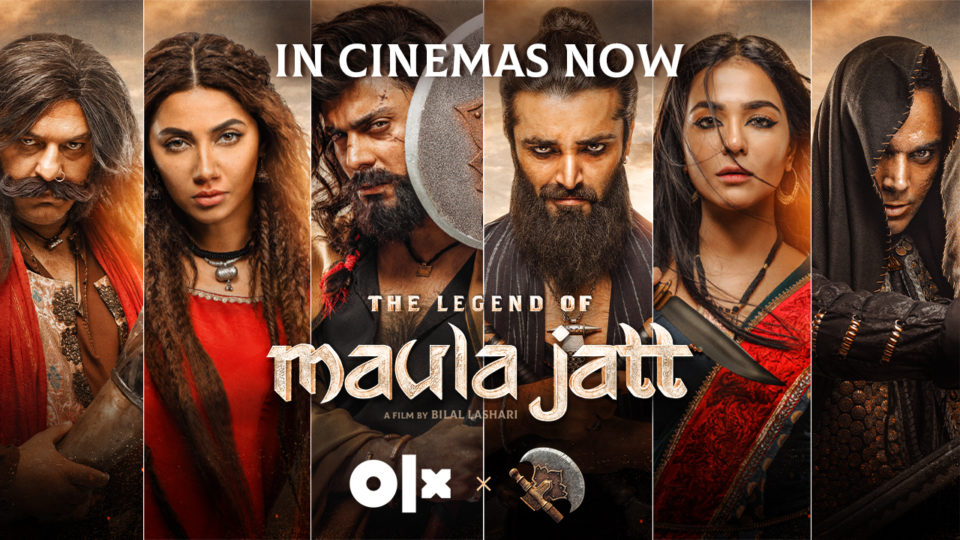 The Legend of Maula Jatt, which was to release on Friday, December 3o, in India has been postponed indefinitely, news agency PTI quoted an official from multiplex chain INOX as saying.

We have been informed by the distributors that the release of the film has been postponed. We were told this two-three days ago. No further date has been shared with us,” an official from the multiplex chain told PTI.

An industry insider said the film’s release was stalled due to resistance from certain sections. On the other hand, another source in the know of things told Bollywood Hungama, “Zee Studios had already acquired a clearance for The Legend Of Maula Jatt from the Central Board of Film Certification. But on Monday the CBFC recalled the film.”

The film news portal also said it is not clear if the censor certificate given to The Legend Of Maula Jatt has been revoked.

Directed by Bilal Lashari, The Legend of Maula Jatt is an adaptation of the 1979 cult classic Maula Jatt. It stars Fawad Khan and Mahira Khan. The producers, however, said it is neither a remake nor a sequel. The film, which was released in Pakistan on October 13, is the highest-grossing Pakistani film of all time with box office returns of $10 million.

“Zee Studios had acquired the rights of The Legend of Maula Jatt as they were expecting the film to do well. But because of the resistance from certain sections, the decision was made to not release the movie,” the PTI source said on the condition of anonymity.

Multiplex chain PVR Cinemas had shared the India release date of the film on its official Instagram page earlier this week but deleted it soon after.

Rajender Singh Jyala, chief progamming officer, INOX Leisure Ltd, had told PTI last week that the film would be played in Punjab and in a few theatres in Delhi where there are Punjabi-speaking people. 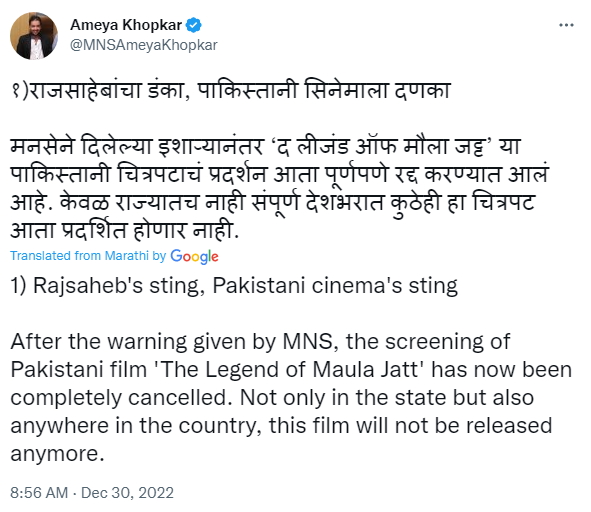 Ameya Khopkar, president of the Maharashtra Navnirman Sena’s cinema wing, said on Twitter today that the film’s release has been stalled after a warning given by the party.“… the screening of The Legend of Maula Jatt has been completely cancelled…,” he said.