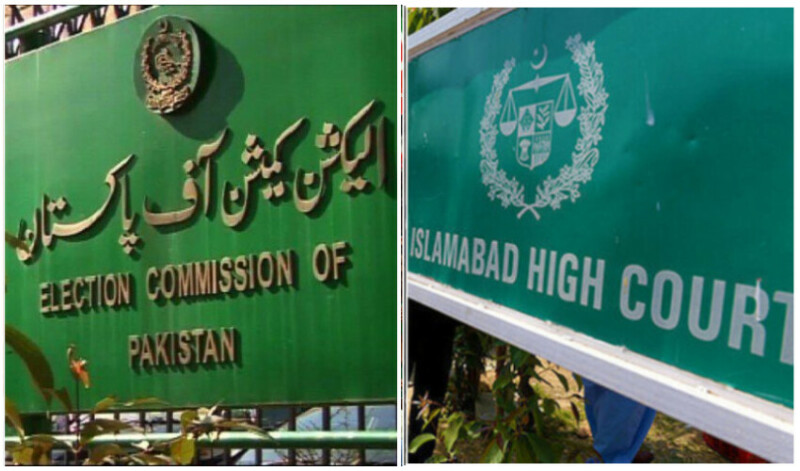 The Islamabad High Court (IHC) on Monday approved the intra-court appeal filed by Election Commission of Pakistan (ECP) against the local government (LG) elections that were scheduled to be held on December 31.

Last week, Justice Arbab Muhammad Tahir ordered the ECP to hold the election on time (Dec 31) while hearing a petition of the PTI and JI against the election body’s verdict to delay the polls “for the time being” due to the government’s decision to increase the number of union councils (UCs).The ECP has the view that it was impossible to move thousands of staff, assign them duties and transport ballot papers in one day.

IHC chief justice expressed displeasure with the additional attorney general and ECP.During the hearing, the chief justice remarked that the government and the electoral body challenged the court’s decision of holding the LG polls on December 31 but were presenting baseless points.

The AAG argued that they could not submit the federal government’s response due to lack of time and had filed an application for interim relief.

The ECP lawyer urged the court to suspend the single bench’s judgment. The CJ IHC responded that the suspension of judgment had been rendered moot as the polls were not held.

The IHC issued notices to the respondents, including PTI leader Ali Nawaz Awan and Jamaat-i-Islami (JI) leader Mian Aslam, summoning them on Jan 9.