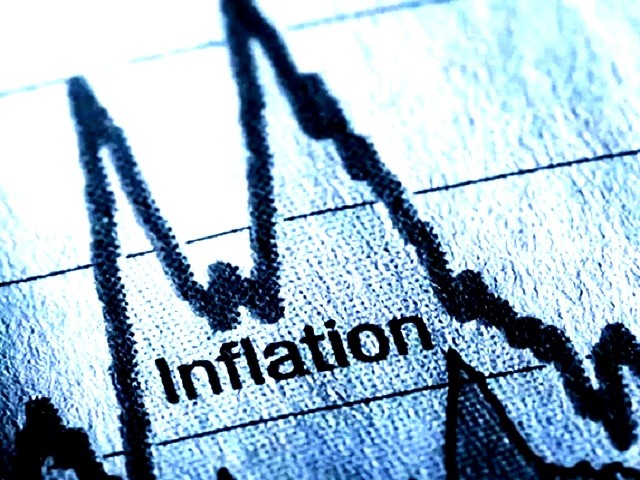 Annual inflation measured by the Consumer Price Index (CPI) was recorded at 24.5 per cent in December, compared to 23.8pc in the previous month, as food and transport costs continued to remain high, data shared by the Pakistan Bureau of Statistics (PBS) showed on Monday.

To calculate headline inflation, which captures all the goods and services in an economy, the CPI tracks the prices of 356 items from urban areas and 244 items from rural areas. 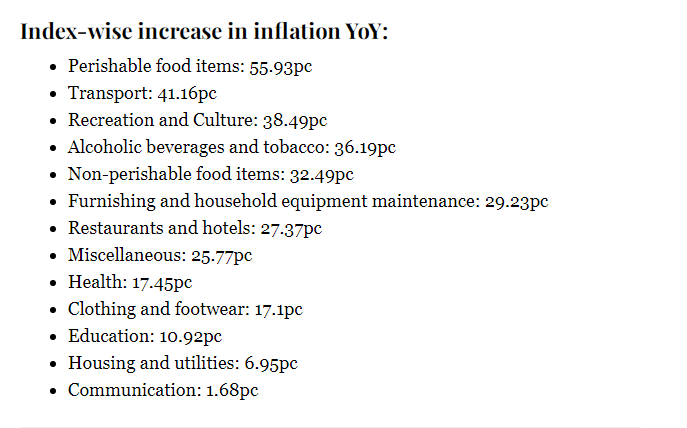 Pakistan has been in the grips of decades-high inflation in the past few months but the CPI hike slowed down in September to 23.2pc from a 49-year high of 27.2pc in August.

The trend reversed the very next month when headline inflation rose sharply to 26.6pc in October, prompting the central bank to raise the key policy rate by 100 basis points to a 24-year high of 16pc in a decision it said was “aimed at ensuring that elevated inflation does not become entrenched”.

Inflation then eased marginally to 23.8pc in November before rising again this month.