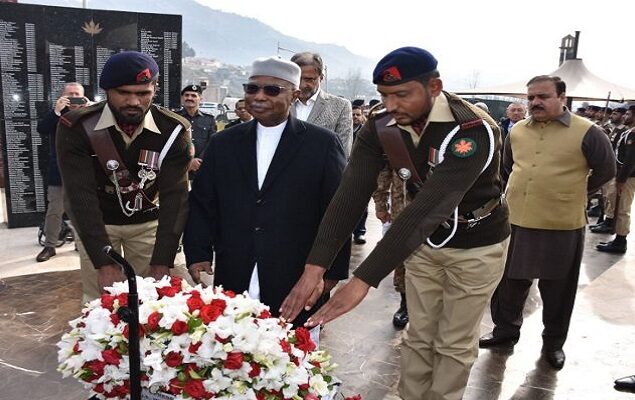 The Secretary-General of the OIC Hissein Brahim Taha visited the Line of Control from the Pakistani side and was briefed by the situation by the Pakistan military on yesterday. Mr. Taha also offered prayers and met the people who were affected by shelling from the Indian side.

The Secretary General and his delegation earlier had a tour of #Muzaffarabad and held meetings with the #President of Azad #Jammu and #Kashmir, H.E. #Barrister_Sultan_Mehmood Chaudhary, and received briefings at the Line of Control between #Pakistan and #India. pic.twitter.com/czFTyMVUx8

He said the OIC has already lost its “credibility” by taking a “blatantly communal, partisan and factually incorrect approach” to the issues.

Earlier the Organisation of Islamic Cooperation (OIC) has said it has been working on a plan to find a channel of discussion between Pakistan and India in its earnest endeavours to see a solution to the longstanding Kashmir issue.

“I think the most important thing is to find the channel of discussion between stakeholders [India and Pakistan] and we are working on a plan of action in this regard in collaboration with Pakistani government and other member countries,” said OIC Secretary General Hissein Brahim Taha.

Man killed in Berlin was a killer and Russia had sought his extradition: Putin