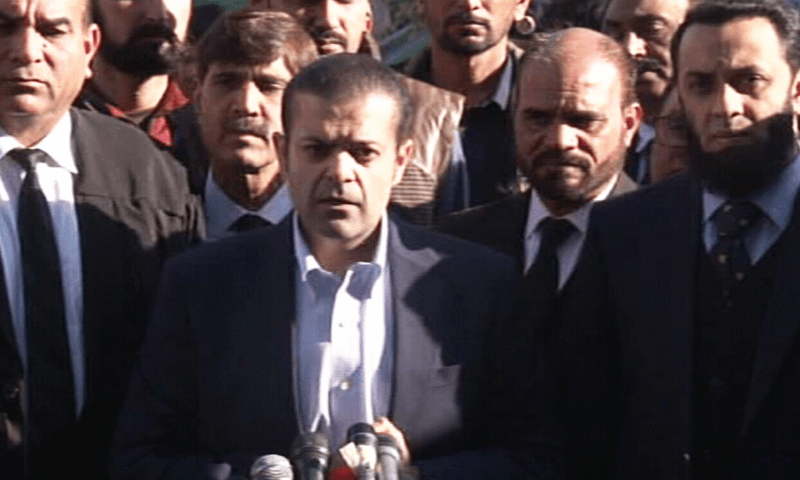 The Prime Minster Shehbaz Sharif son,Suleman Shehbaz has been granted protective bail of 14 days in two separate cases by Islamabad High Court as he surrendered today. Suleman Shahbaz had been declared absconder in a money laundering case and was wanted by NAB in assets-beyond-known-means case.

Suleman appeared before the IHC at the outset of the hearing of his plea for protective bail.During the hearing, IHC Chief Justice Aamer Farooq asked Suleman’s counsel about the court his client has to appear in.

At this, Amjad Pervez, Suleman’s lawyer, told the IHC CJ that his client has to appear before the central special judge in Lahore.

Justice Farooq, after learning this, granted protective bail to the PM’s son and directed him to appear before the relevant court hearing cases against him, within 14 days.The court also restricted NAB from arresting Suleman.

In his petition before the IHC, Suleman contended that he left Pakistan in 2018 and the case was registered against him in 2020. He also shared that the Federal Investigation Agency (FIA) had not issued a call-up notice to him, adding that he was declared a proclaimed offender by the court without any action.

Suleman returned to Pakistan in the early hours of Sunday after four years of self-exile in the UK. He had been in London with his family since 2018 when NAB registered multiple cases against him ahead of the general election and he left Pakistan after appearing in a few hearings.

Suleman landed in Pakistan on Sunday after spending over four years of self-exile in the United Kingdom, following IHC’s directive to surrender before the court by December 13.

Cases and allegations against Suleman

According to the FIA report, the investigation team “detected 28 benami accounts of the Shehbaz family through which money laundering of Rs16.3bn was committed from 2008-18. The FIA examined a money trail of 17,000 credit transactions.”The FIA had booked Shehbaz and his sons Hamza and Suleman in November 2020 under sections 419, 420, 468, 471, 34 and 109 of Prevention of Corruption Act and r/w 3/4 of Anti Money Laundering Act.

In,2020 the NAB seized Suleman’s shares amounting to Rs2billion in 16 companies along with cash worth Rs4.1 million held in three bank accounts as well as 10 marlas agricultural land and pieces of land spreading over 209 kanals.

The NAB had also alleged that assets worth Rs3.3b had been identified back then as illegally accumulated by Suleman, his brother Hamza Shehbaz and their father Shehbaz Sharif.

This was after an accountability court in Lahore declared him a proclaimed offender in October 2019 after a NAB prosecutor said the bureau had issued at least six call-up notices to the suspect, but he did not respond and fled the country to avoid investigation.

NCC on Coronavirus meets today to decide fate of lockdown

Pakistan and Sri Lanka agree to broad based and enduring partnership