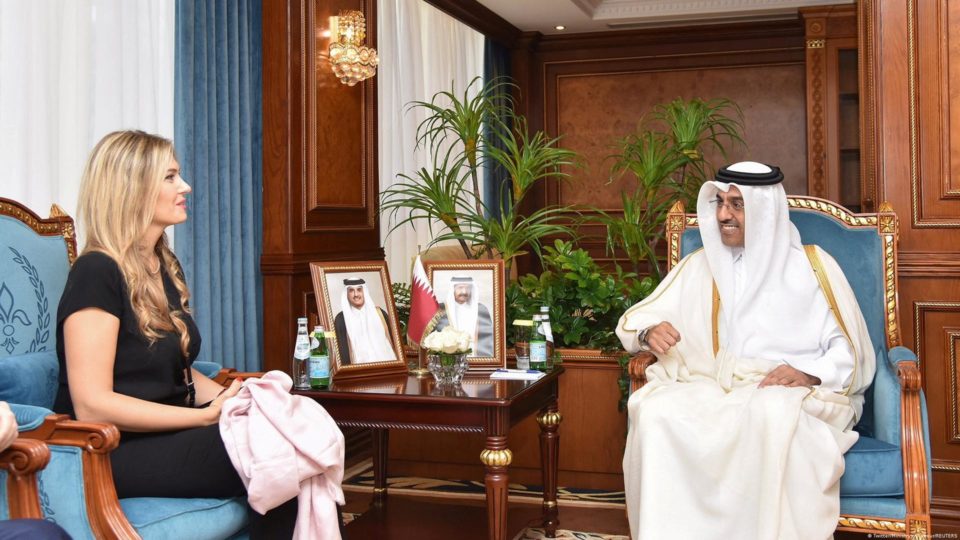 The European parliament has been rocked by the biggest scandal in its history, since Belgian prosecutors announced they had charged four people with corruption, money laundering and participation in a criminal organisation, as part of an investigation into attempts by a Gulf state, named by Belgian media as Qatar, to buy influence in the assembly.

Eva Kaili, one of the 14 vice presidents of the European legislative body from Greece’s central-left PASOK-KINAL party, was arrested on Friday by Belgium police after her house was searched on corruption charges allegedly linked to Qatar.

Police have raided European parliament offices and 19 private homes since Friday, searches that have yielded data and hundreds of thousands of euros in cash.

Kaili is one of four people charged, although she has not been officially named. She has been remanded in custody and will be brought before a judge on Wednesday.

Kaili’s  lawyer said she was innocent. “Her position is she is innocent. She has nothing to do with Qatar’s bribes”.

Police seized computers, mobile phones and €600,000 (£515,000) in cash at one home, as well as €150,000 in a flat belonging to an MEP and “several hundred thousand euros” from a Brussels hotel room, according to the public prosecutor.

Kaili has been expelled from the European parliament’s Socialists and Democrats group and Greece’s Pasok party, and Greek authorities have frozen her assets.

A MEP from Cyprus’ governing Disy party has claimed that Kaili approached him to amend a highly critical European parliamentary report on LGBTQ and other human rights in the Gulf state.MEPs have postponed a vote on granting Qatari citizens visa-free travel rights to the EU that was scheduled to have taken place this week.

EU leaders are expected to discuss the scandal when they meet the European parliament president, Roberta Metsola, on Thursday at a regular summit in Brussels. The president of the EU executive, Ursula von der Leyen, has said the allegations were of “utmost concern” and promised to act on a 2019 promise to set up an independent ethics body for all EU institutions.

Qatar has dismissed “baseless and gravely misinformed” allegations of misconduct that have shaken the European Parliament.

“Qatar categorically rejects any attempts to associate it with accusations of misconduct. Any association of the Qatari government with the reported claims is baseless and gravely misinformed,” Doha’s mission to the EU said in a statement.

It added that the Gulf state “works through institution-to-institution engagement and operates in full compliance with international laws and regulations.”