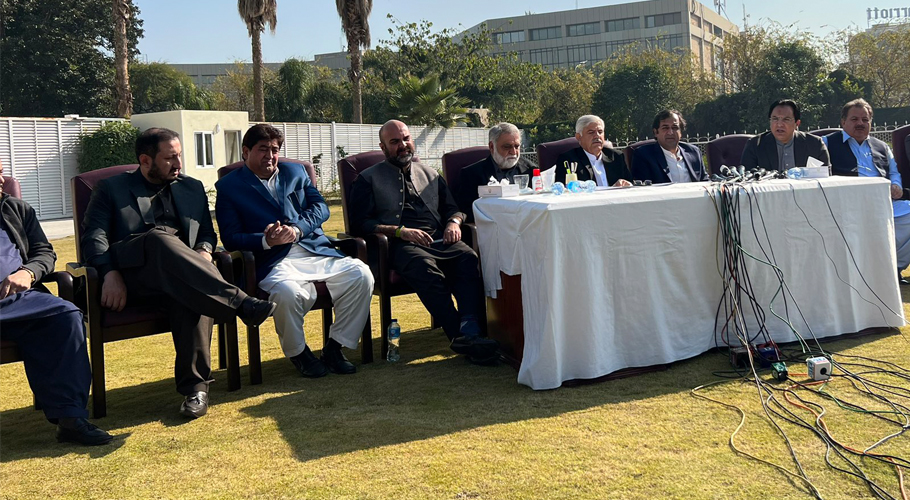 KP’s Mahmood Khan said “I am warning the federal government today to give us our dues, our money, which is our right. We are not asking for charity,” he said, claiming that the funds to be paid had reached Rs189 billion in December.

“The centre owes Rs61 billion in arrears to the NHP while it owes us [K-P] Rs189 billion,” Mahmood Khan added as he threatened “we will protest outside the National Assembly if we are not given our rights”.

He alleged that PDM “is not giving us sovereign guarantee so that we take loans from a third party. Where do we go then?”

The KP CM went on to ask that“Is KP not a part of Pakistan? If it is, give us our right. And if they won’t, we will stage a sit-in outside the National Assembly.”Mahmood Khan warned.

Chief Minister GB Khurshid said the development budget for all other regions was increased this year but for GB, it was reduced from Rs40bn to Rs25bn.“This has never happened in our history,” he remarked, terming the move “enmity with the region”.

CM Khurshid also regretted that not a single project under the China-Pakistan Economic Corridor (CPEC) was launched in GB, which had a significant capacity to produce electricity.

AJP Finance Minister Abdul Majid Khan expressed disappointment and said, “They(government) had said that they will improve the economy when they take office,they will have to give us our share at all costs”.

“And if demanding rights for our people is rebellion and the federal government disapproves of it — we will do it repeatedly,” he added.