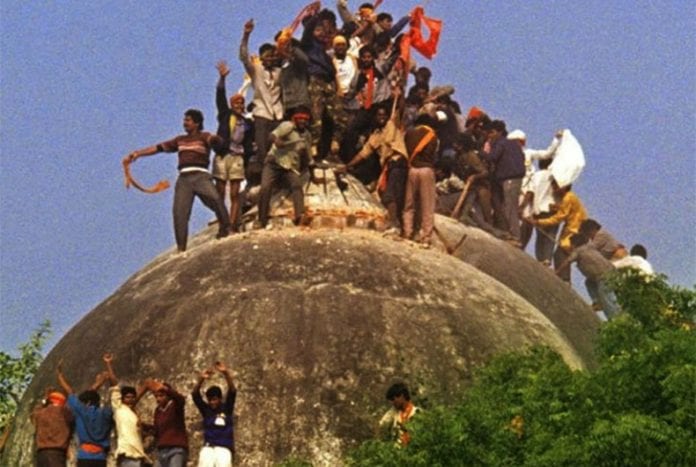 On December 6, 1992, a 16th century mosque in Ayodhya in northern India Babri Masjid demolished.The BJP and the Vishwa Hindu Parishad (VHP) Rath Yatra having 150,000 Karsevaks had brought down the Babri Masjid. The demolition occurred despite assurances from the state government to the Supreme Court that the mosque would not be harmed

In Mumbai alone 900 people killed in relation to babri masjid riots where Shiv Sena led the riots,lootings and killings.

On September 30, 2020, the special CBI court pronounced the Babri trial verdict in the criminal trial, acquitting all the 32 accused, including BJP veterans L.K. Advani and Murli Manohar Joshi, have been acquitted.

Back in 2019, the Supreme Court directed the Centre to give five acres of suitable land to Sunni Waqf Board and, simultaneously, make necessary arrangements for the construction of the temple by forming a trust.

Pakistan Foreign Office in a statement said today marked another year since the tragic demolition of the historic Babri Masjid by BJP-RSS zealots.

Kanjuruhan Stadium to rebuild according to FIFA standards