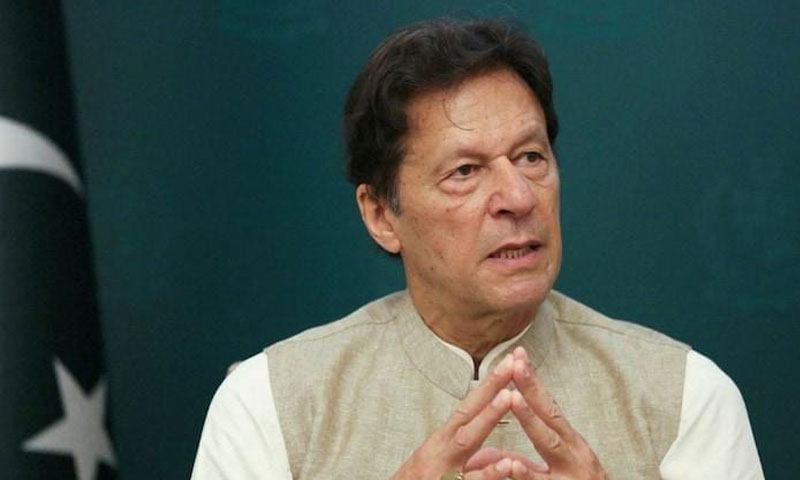 66% of Pakistan would have to vote for the by-polls for Punjab and KPK assemblies
Chaudhry Pervez Elahi will disband the provincial assembly on my call, Imran Khan stated
Imran Khan reiterates No elections means no political stability in the country

Imran Khan on Friday invited the coalition government to hold negotiations with his party on the date of the early general elections, warning them of dissolving the Punjab and Khyber Pakhtunkhwa assemblies otherwise.

“if assemblies were dissolved in two provinces around 66% of Pakistan would have to vote for the by-polls”,PTI chairman added.

“Give us a date for elections or we will dissolve the KP and Punjab assemblies,” Khan said in a video address to the PTI’s Punjab parliamentary party from his Lahore residence in Zaman Park.

PTI supremo said PTI’s demand for early general elections was the part and parcel of the PTI’s resolve to shore up the country’s economy.”Pakistan is galloping towards default,” the whole world is saying.

“Remittances have started falling, tax collection is shrinking, default risks are growing higher and higher, while Ishaq Dar was sitting silent in a corner.”

He lamented that overseas Pakistanis are reluctant to invest in Pakistan meanwhile the banks are refraining from giving loans to the local business community.