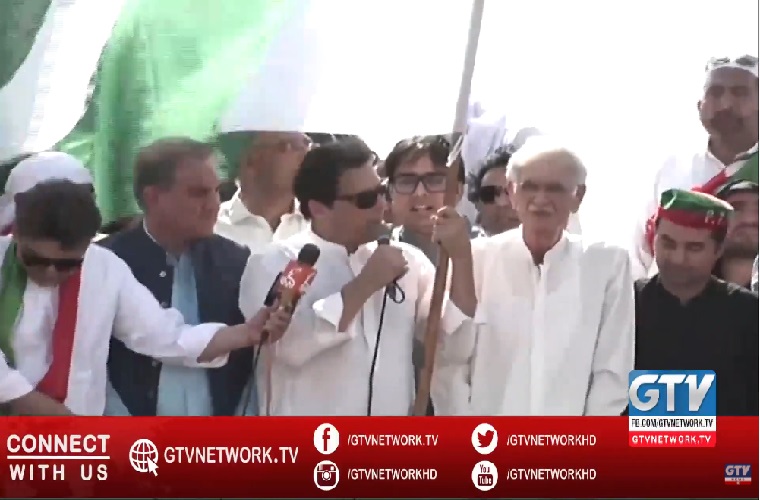 PTI chief Imran Khan met Pervaiz Elahi and Pervaiz Khattak at his Zaman Park residence in Lahore. The Chief Minister of  Punjab Chaudhry Pervaiz Elahi reiterated support and loyalty to Imran Khan, claiming his party would counter any manoeuvres attempted by the coalition allies, including a vote of no confidence or the imposition of governor’s rule.

The trio discussed the dissolution of assemblies, the possibility of a no-confidence motion, or a demand for a vote of confidence by Governor Punjab, sources added.

Chief Minister Pervez Elahi said the opposition is “daydreaming” if it thinks it can overthrow the Punjab government. He added that the opposition does not have the required numbers.

“Whatever Imran Khan says, I will act without hesitation. Punjab Assembly [is a small thing], I will give my life for Imran Khan,” the chief minister said.

PTI chief Imran Khan has summoned a session of the PTI’s Sindh and Balochistan parliamentary parties on Sunday.The dissolution or PTI quitting all assemblies would be made by the PTI chief after the session of their parliamentary parties on Sunday.Khan has also tasked the party’s legal team to analyse the legal aspects of the matter and prepare for any predictable complications.

It is worth mentioning that Imran Khan on concluding his  haqeeqi azadi long march decided to resign froma all assemblies for early elections.

The election commission of Pakistan has already announced in case of dissolution of assemblies bypolls will be held accordingly.However, the ECP also mentioned 29 billion rupees expenditure for doing election excercise of Punjab and KPK assemblies.