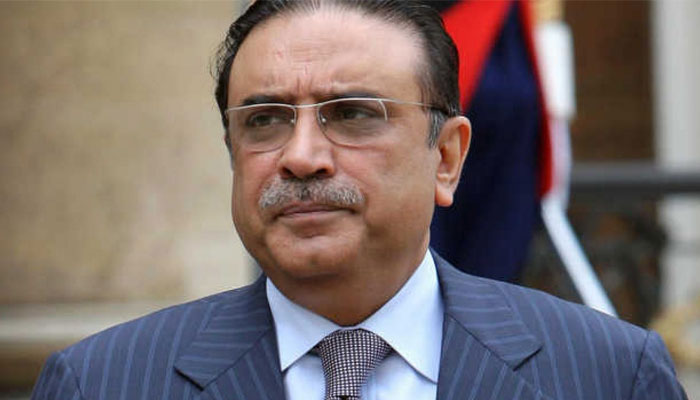 Asif Ali Zardari to bring KPK’s strayed friends get along
Asif Ali Zardari believes early elections unfavorable for Pakistan
Zardari challenges; upon reelections How many MPA seats Imran Khan will be able to claim back

Former President Asif Ali Zardari confirmed that PDM to bring a no confidence motion in Punjab and KP.In Khyber Pakhtunkhwa some friends have strayed to the wrong path, we have to bring them back, added Zardari.

Asif Ali Zardari also believes early elections are not favorable for either the country or democracy.Upon re-elections in KPK and Punjab assemblies he said, “we’ll have reelections for those assemblies, we’ll see how many MPAs he (Imran Khan) gets back into the assembly.”

Asif Ali Zardari on any possible understanding with Imran Khan, the former president said he could not “run after a man who keeps barking and even if it has to happen, the executive will do it, not me,” he added.”Imran’s game was bigger and is still bigger. His game is not based in Pakistan. It’s based somewhere else,” Zardari claimed.

The PDM is rumoured to ask Chaudhry Pervaiz Elahi prove his majority via vote of confidence. In this case at least 186 votes must be in fovor of Pervaiz Elahi.It has been a week since Imran Khan in Rawalpindi Jalsa annouces resignations from all legislatures.

December in Punjab and KPK politics to heat up whether PTI resignations/a vote of confidence/ vote of no confidence motion (VoNC)to topple PTI, PML-Q Punjab government is tendered.The formula may work as domino effects in Khyber Pakhtunkhwa to end the dissoultion move by PTI.