After the evidence of domestic violence against Feroze Khan gone viral on social media platforms. Netizens among the celebrities heavily criticized the actor and lends support to Aliza and her family.

Taking to the Instagram account the Khaani star denied all the claims made by his ex-wife and declared the allegations ‘baseless, malicious and untruthful’ 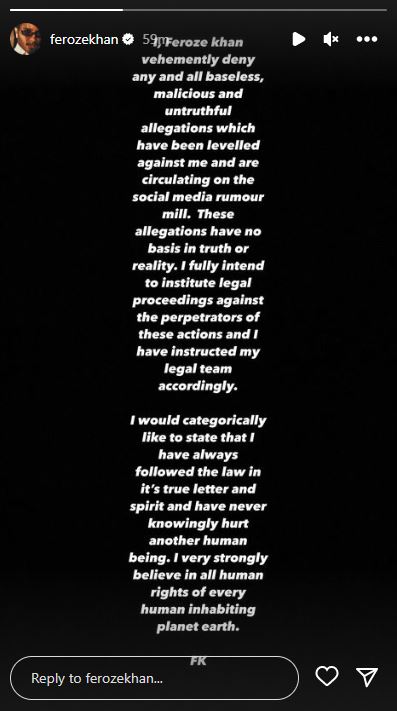 In the post, Feroze Khan also announces that he will handle the matter legally.