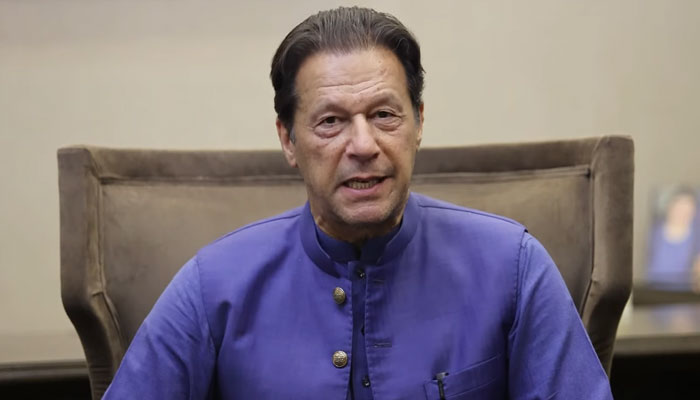 In a video message Imran Khan has announced to approach the supreme court SC to challenge the Election Commission of Pakistan ECP verdict of his disqualification in the Toshakhana case on Friday.

Imran Khan said, “The chief election commissioner (CEC) gave a partial verdict after becoming part of the conspiracy and mafia. The whole nation takes to the streets to protest against the partial verdict. I told my friends last night that they are going to disqualify me.”

PTI Leader also sheds lights on, what is Toshakhana and how Ex- Prime Minister Nawaz Sharif and Ex-President Asif Ali Zardari have violated it.

“Toshakhana law was actually violated by Nawaz Sharif and Asif Ali Zardari as they took away four expensive vehicles. The law prohibits to get vehicles from Toshakhana. The election commission has not given a verdict in cases against Sharif and Zardari.”

Khan further added, they want me to accept the corrupt and imported government.

Today i appeal to all the people of Pakistan, to come out for their basic rights and the real freedom . Freedom is not given to a nation in a plate. One has to struggle for it. Then Allah Almighty gives freedom to him as gift. It is time all should come out for their rights,” he declared.

SAPM reaffirms govt resolve to complete all projects in Gwadar