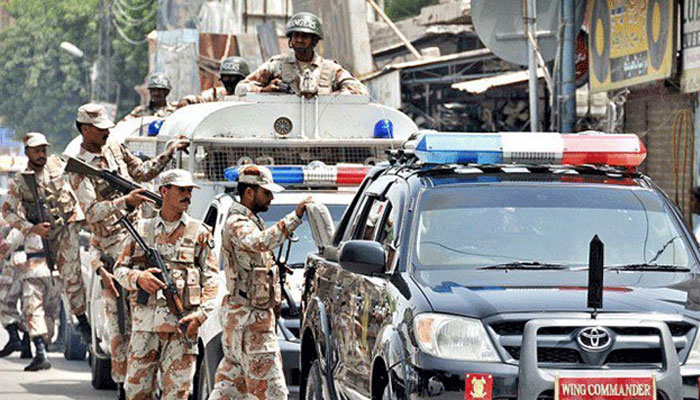 KARACHI: In a joint raid conducted by the police and rangers, four suspected criminals have been arrested.

Spokesperson of rangers said, that the four suspects arrested from Surjani Town were allegedly involved in the street crimes.

The armed forces have also seized two pistols, eight mobile phones and two stolen motorcycles from their possession during the raid.

The Rangers spokesperson also said, raids and joint operation are being conducted to arrest collaborators of the suspect.