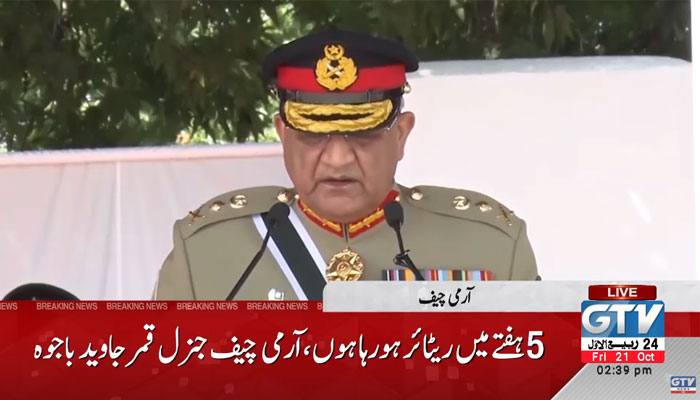 Chief of Army Staff General Qamar Javed Bajwa has announced to retire, saying will not get extension.

General Bajwa has taken the decision of stepping down and said that he will retire after five weeks on Friday.

He also said, that Pak Army would not play any role into politics.

More news:  Gen Bajwa hints to retire after the completion of tenure

NCOC reports 1828 new cases of Coronavirus across the country