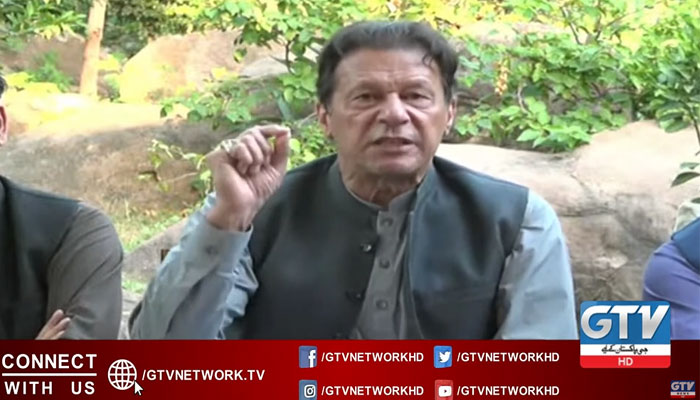 The long march would not be delayed beyond October, PTI has completed their preparations. However the final date for the march has not been announced yet.

Ousted PM Imran Khan addressed a press conference on Monday in Islamabad. After the historic win in by-elections.

During the press conference regarding the march PTI Chief Imran Khan said, “The march will held in October, If the government does not announce the date of the next general elections”

I am giving time to the government just for the sake of the country’s stability, Khan said. “I repeat that they still have time to announce elections, and if they don’t, I will begin my march, and my preparations are almost complete.”

Imran Khan further added that, Rana Sanaullah won’t even know what hit him, such is my preparation, PTI leader warned the interior minister Rana Sanaullah who several times has warned PTI Leadership about their march plans.

He said dialogue was out of the question with the ruling elite. “There’s no negotiation with criminals. You can hold reconciliation talks with Baloch or Sindhi nationalists, but not with the felons like them,” Khan added.