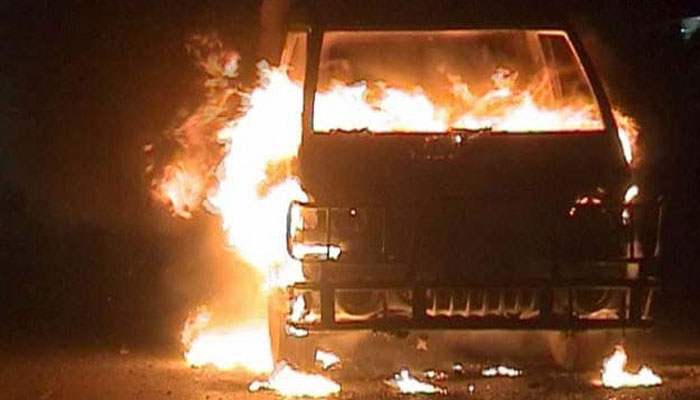 As per the details the terrible incident took at M9 Motorway near Nooriabad when air condition unit of a passenger bus heading towards Hyderabad from Karachi caught fire which engulfed the bus.

Resultantly, 20 people were burnt alive, while several other sustained injuries.

According to SHO Nooriabad Hashim Barohi, the fire brigade put out the blaze in the bus while ambulances shifted the dead bodies and injured to the hospital

Sindh Chief Minister Murad Ali Shah expressed grief over the loss of lives in the incident and directed the Jamshoro Deputy Commissioner and Senior Superintendent of Police to provide survivors with all possible support apart from mobilizing emergency services to provide medical attention to the injured.