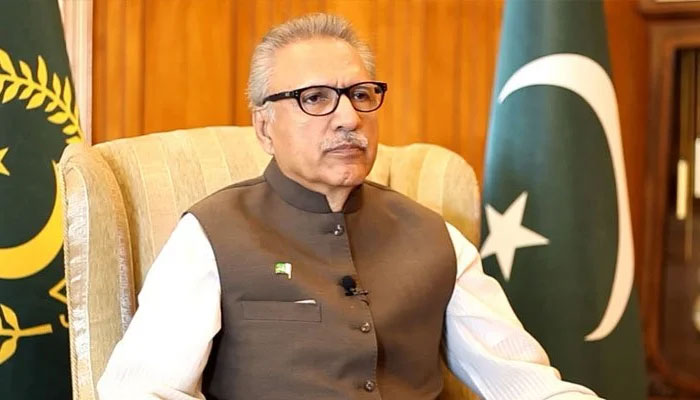 President of Pakistan speaks for the first time on the issue of US cypher.

In an interview to a private TV channel, the President of Pakistan said that he is not convinced that there is any conspiracy. The letter has been sent to the Chief Justice because he has doubts. It would be better to take circumstantial evidence on this matter.

President Arif Alvi further said that when the PTI government was removed, PTI chairman was ‘frustrated’. President said Chief of the Army Staff (COAS) General Qamar Javed Bajwa’s remarks about won’t allow any country, force or group to destabilise Pakistan are totally constitutional. He said the army is neutral and should remain so that is what the constitution says