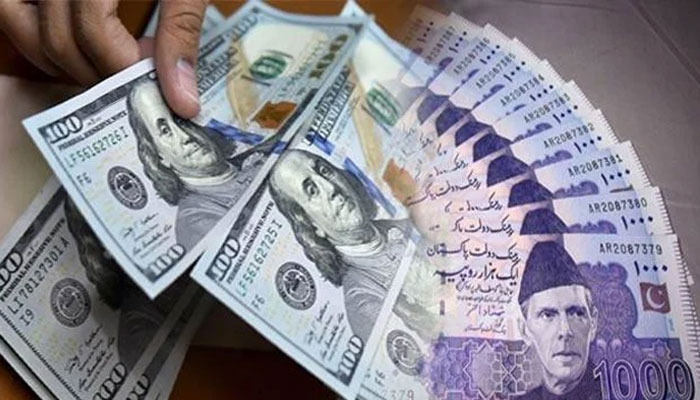 ISLAMABAD: Pakistan’s rupee maintained its positive momentum against the US dollar in the inter-bank market, and appreciated over 0.8% during trading on Wednesday.

On Tuesday, Pakistan’s rupee had appreciated against the US dollar for the eighth successive session, closing at 225.64 after appreciating Rs1.65 or 0.73%.

The recent appreciation run is being attributed to several reasons including declarations made by the newly-appointed finance minister Ishaq Dar that the country’s currency will strengthen to under 200 rupees to the US dollar.

Meanwhile, on Tuesday, SBP Governor Jameel Ahmad informed the National Assembly Standing Committee on Finance that action would be taken against banks and foreign exchange companies (ECs) involved in exchange rate volatility upon finalization of the inquiry.

The Finance Committee directed the SBP to take appropriate action against all banks and exchange companies that were involved in speculation.

The US dollar index fell 1.3%, its biggest drop since the wild pandemic market of March 2020.

Oil prices, a key determinant of currency parity, inched up on Wednesday extending 3% gains in the previous session ahead of a meeting of OPEC+ producers to discuss a big output cut in what energy executives and analysts see as a tightly supplied market.