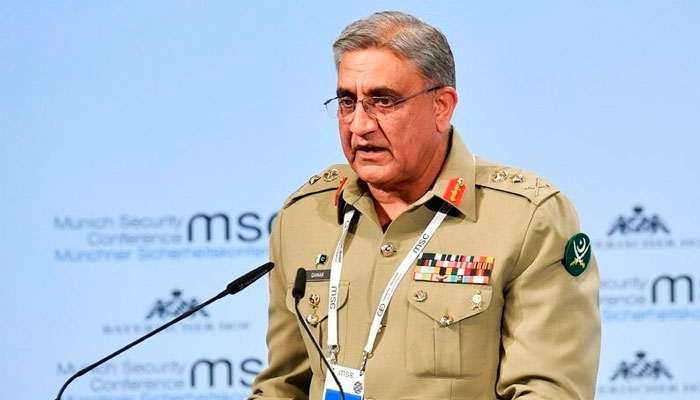 WASHINGTON: Chief of Army Staff General Qamar Javed Bajwa said that, Armed forces have distance themselves from the politics and hinted to retire after the completion of three-years second term.

In an informal gathering at Pakistani embassy with the diplomats at the capital of America, Gen Bajwa has made important statements and pledged to leave the office after the completion of his second three-year tenure.

The armed forces have kept themselves away from the politics and want to distance themselves from it in the future too, says Gen Bajwa. Shedding light on the country’s economy the top general said, restoring the weak economy should be the priority for all stakeholders of the society. There could be no diplomacy without a stable economy and country could not be able to achieve its goal with out strong economy.

Earlier on Tuesday, the Inter-Services Public Relations (ISPR) said that COAS expressed his gratitude towards the US officials for their support for the rehabilitation for flood victims in Pakistan. As per the statement released by ISPR Army Chief General Qamar Javed Bajwa during his visit to the United States met Secretary of Defense General Lloyd James Austin (retd.), National Security Adviser Mr. Jacob Jeremiah Sullivan, and Deputy Secretary of State Wendy Ruth Sherman.

The matters of mutual interest, regional security situation, and bilateral cooperation in different fields were discussed during the meetings.