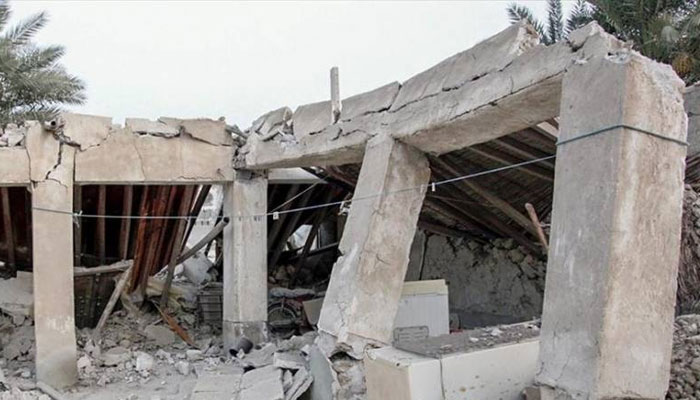 According to the details, 1,127 people were seriously injured in the earthquake.

While speaking to the state television the region’s governor Mohammad Sadegh Motamedian said, “The quake depth was 10 kilometres (6.2 miles) in West Azerbaijan that has resulted to injured 528 people, 135 of whom have been shifted to the hospitals”. The quake and its aftershocks “damaged 500 houses, completely destroying 50 of them, in 12 affected villages,” he added.

The powerful quake shook the city of Khoy, located 807 kilometers (501 miles) northwest of the capital Tehran.

According to the Iranian Seismological Center at the University of Tehran, the quake occurred at 3.51 a.m. local time (0021GMT) at a depth of 10 kilometers (6 miles) followed by more than 30 aftershocks with a magnitude of less than 4.

The most devastating quake to hit the country in recent history came in 2013, when at least 34,000 people died in the city of Bam in southeastern Kerman province. The quake measured 6.7 on the Richter scale.