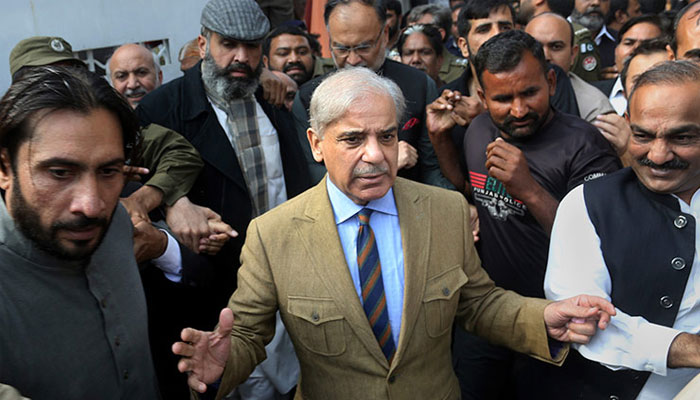 LAHORE: An accountability court approved the request of PM Shehbaz Sharif in the money laundering reference for permanent exemption from court appearances.

Judge Qamar uz Zaman heard the money laundering reference on Tuesday. He accepted the PM Shehbaz plea and ordered him to appoint a representative to appear in court instead of him.

The court sought a response from NAB on Hamza’s request for a permanent attendance waiver.

In the reference, NAB has claimed that in the last 30 years, the Shehbaz family assets increased from Rs2 million to Rs7,000 million, which the family had failed to justify.