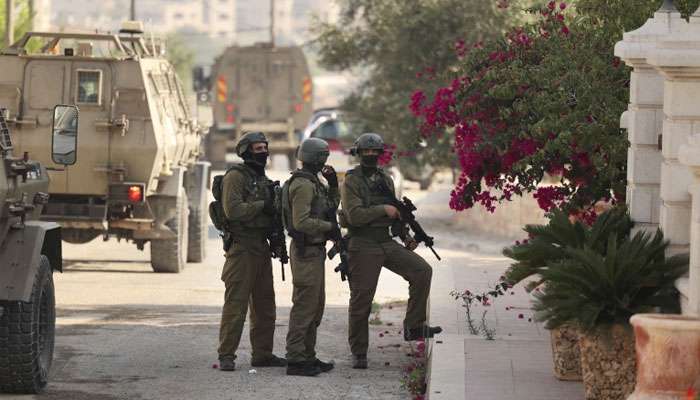 Occupied West Bank- During the raids by Israeli armed forces in Jalazone refugee camp near Ramallah, more than 16 Palestinians were arrested over night and two were killed in the car.

According to the Israeli forces, they opened fire when the people tried to rammed them with their car. In the gun attack two Palestinians were killed and one was seriously injured.

One of the neighbours told the media outlet that, he was awakened at the time of incident, he heard the gunfire, when he looked out of his window, there were two people who were shot in the car. The soldiers carried them out of the car and put them on the road side.  They were left to bleed on the ground for around 40 minutes. After that, they took their bodies. As per reports the ambulance were also not allowed there. Palestinians called it extra judicial killing.