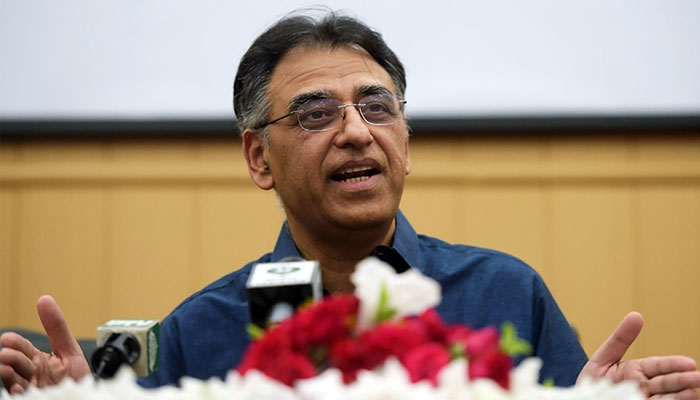 ISLAMABAD: Tehreek-e-Insaf leader and Former Federal Minister Asad Umar on Tuesday said that the  recent series of audio leaks have only empowered and supported our stance.

Addressing a press conference here on Tuesday, he said the audio leaks caused damaged to the PML-N led government while on the other hand, it give advantage to PTI by way of proving what Imran Khan used to narrate behind closed doors.

The National Security Committee, he said, acknowledged twice of ‘interference,’ and the same issue was taken to the cabinet.

He said the leaks also contained issues related to resignations of PTI MNAs, manner in which these resignations were to be accepted, and other such matters.

He said his party has decided to approach the Islamabad High Court over the issue of audio leaks, and expose the conduct of Election Commission of Pakistan (ECP). He alleged that the ECP had become ally of the PDM, asking as to how could it be possible that only 11 out of 123 resignations submitted same day, were accepted.

More news : We just have to play with it: Imran Khan audio leaked

Asad Umar said former premier Imran Khan conducted successful tour of Russia and China, and the country’s growth rate was 6 with the rise in exports sector. He said country’s major industries were registering growth at the rate of more than 10%, production was on the rise and exports were on the rise too with each passing day.

He said the audio leaks exposed as to how ‘Sehat Card Scheme’ was being shut down, while on the other hand, current Prime Minsiter was discussing to import machinery from India.