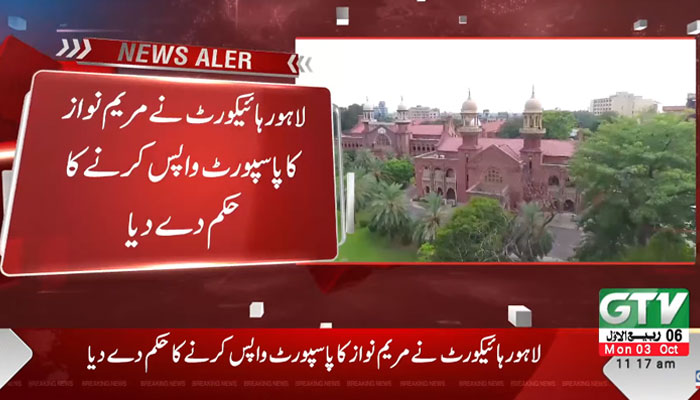 The order was passed by a three-judge bench of the Lahore High Court headed by Chief Justice Muhammad Ameer Bhatti and comprising Justice Ali Baqir Najfi and Justice Tariq Saleem Sheikh on Monday.

In her miscellaneous petition, Maryam had stated that the bureau had confiscated her passport in the Ch Sugar Mills case. She stated that after a passage of four years, no reference even had been filed adding that confiscating passport of a citizen is violation of basic constitutional rights.

PML-N Vice President said, she had no intention of fleeing the country as she had returned to Pakistan leaving her mother at deathbed abroad. She said the NAB law does not stop anyone from travelling abroad.

Maryam further stated that she had deposited Rs700 million as security and she got bail in the case on merit.

As per the details, Maryam Nawaz is expected to travel to London and meet her father and brothers.