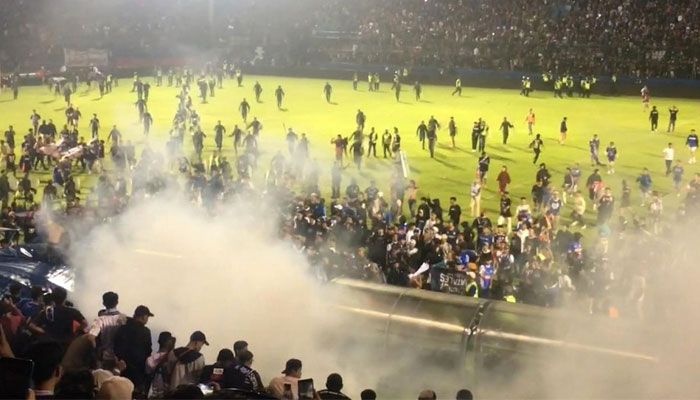 At least 125 people have died in a stampede at an Indonesian football match, in one of the world’s worst stadium disasters. According to the Police in East Java province, After the match between the biggest teams Arema FC, & Persebaya Surabaya thousands of spectators of Arema FC  invaded the pitch at Kanjuruhan Stadium after their home team lost by 3-2 to Persebaya Surabaya. To control the crowd,  police fired tear gas by which chaos erupted and more than 300 people got injured.  In the deadliest incident two police officers were also died as the crush occurred when fans fled for an exit gate. The unfortunate incident is declared as ‘worst’ event in Indonesian soccer. 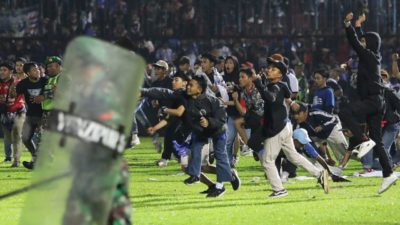 FIFA, soccer’s international governing body, extended their condolences to the families and friends of the victims, calling the incident “a dark day for all involved in football and a tragedy beyond comprehension.”

The Indonesian Football Association (PSSI) has suspended matches next week as a result of the deadly tragedy, and banned Arema FC from hosting games for the rest of the season.

Sindh government fixes flour worth at Rs65 per Kg