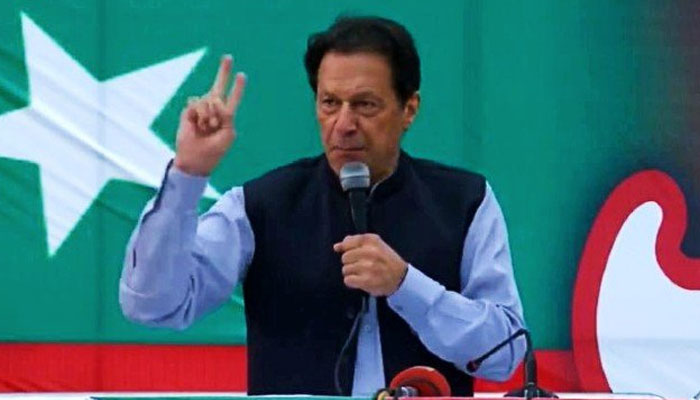 PTI Chairman Imran Khan addressed a huge crowd in Taxila on Sunday where he lashed out at PML-N led coalition government and revealed that the master copy of cypher is still in the foreign office.

While addressing the public, Former PM slammed PML-N government and said, that the government has been staging a drama by saying the cypher gone missed from the PM house. PTI Chairman further added that, copy of the US cypher is not missing but it is still at the foreign office. Imran Khan mentioned Maryam Nawaz and said, You should ask to your foreign minister about the cypher. He said he wants to send a message to the imported government that in the country, the ‘true freedom’ movement won’t be stopped and his party and he is ready to go to jail.

During the address, PTI leader Imran Khan also made an important announcement and asked his followers to get ready for the next call.

Moreover, ousted PM expressed gratitude to his Taxila supporters and appreciated the woman activists for participating in the gathering in a huge number.