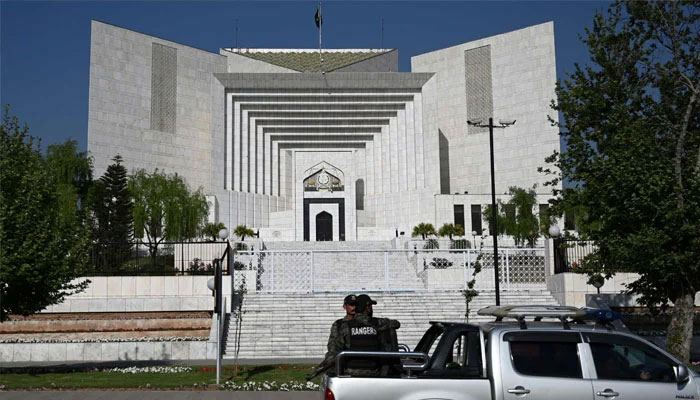 Pakistan Tehreek-e-Insaaf  has demanded to form judicial commission to look into the alleged audio of PML-N representatives discussing the resignations of PTI lawmakers.

Pakistan Tehreek-e-Insaaf has approached the Supreme Court for the formation of a judicial commission and submitted an application to investigate the alleged audio of PML-N leaders.

Chaudhry Faisal Hussain moved a plea in the case which is being heard by the apex court against the IHC’s decision.

Imran Khan-led PTI also submitted the transcript of the audio leak that took place between PML-N supremo Shehbaz Sharif, and other federal ministers.

In the alleged conversation, the federal cabinet members can be heard saying that they would seek the final approval on the issue of the resignation from the party supremo.They are also talking about London’s permission to accept the resignations.

The opposition leaders maintained that the premier, his ministers along with the Speaker of National Assembly Raja Pervaiz Ashraf hatched a conspiracy regarding the resignations and violated their oath, requesting the top court to form a judicial commission.

It said the court should probe the incumbent government members, and initiate criminal proceedings against them.

“That criminal proceedings may very graciously be lodged against the above named inter alia for hatching a criminal conspiracy, violating their oath and subverting of the Constitution of Pakistan 1973,” it said. PTI maintained that Prime Minister admitted the existence of the referred audio leaks.

It all started last weekend when a leaked audio clip surfaced that purportedly revealed a conversation between PM Sharif and the federal cabinet members discussing the resignations of PTI lawmakers.