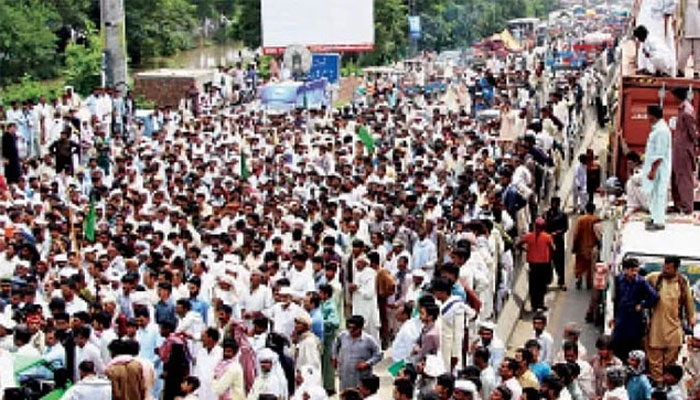 ISLAMABAD: The farmers continues to sit-in at the federal capital under the umbrella of Pakistan Kissan Ittehad on Friday entered the third day.

The farmers are demanding the restoration of the previous tubewell electricity tariff of Rs5.3 per unit and abolishing all taxes and adjustments.

The demonstrators demanded an end to the black marketing of fertilizers and reduction of the urea rate. They also demanded that agriculture should be given the status of industry.

The Kissan Ittehad has vowed to continue the protest till the fulfillment of demands, warning of staging a sit-in at D-Chowk.

Earlier, farmers led by Pakistan Kissan Ittehad staged a sit-in at Blue Area in Islamabad after the authorities barred them from protesting before the Parliament House.

As soon as the rally of the Kissan Ittehad reached Faizabad, the local administration asked them to stage a sit-in at F-9 Park. However, the protesters insisted on moving towards Parliament House and later blocked Blue Area over refusal from authorities.