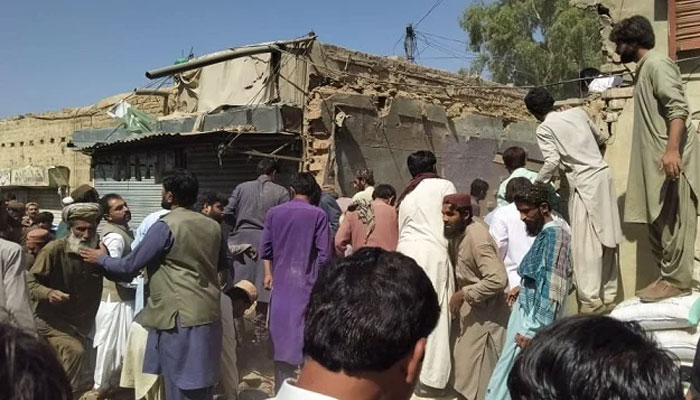 KOHLU: At least one person was killed and 20 injured in an explosion inside main market on Friday.

According to initial details, at least two people were killed and 12 wounded in the blast. The shop is located in the central marketplace, was completely destroyed and several people were buried under the rubble.

The cause of the explosion was not clear immediately.

The injured were rushed to Kohlu district headquarters hospital for medical treatment and the doctors described the condition of five of the injured people as serious.

Police and frontier corps personnel reached the area immediately after the explosion was heard and an investigation into the incident is currently underway. However, the nature of the blast is yet to be confirmed.