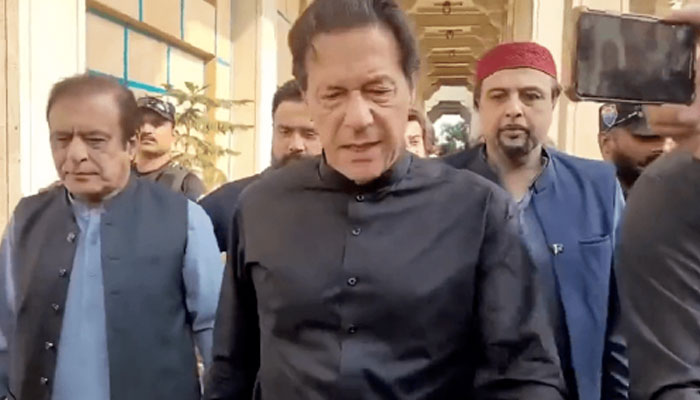 Chairman Pakistan Tehreek-e-Insaf (PTI) Imran Khan has demanded the government to release the American cypher to the public, after an audio leak of him discussing the cypher with his Principle Secretary surfaced.

Talking to media representatives outside Punjab house Imran Khan said that he has not yet started ‘playing’ on the American cypher yet. Shehbaz Sharif and gang have leaked the audio, he added.

He demanded the government release to cypher to the public so that people can know the reality behind the cypher. He added that he wishes that the cypher itself gets ‘leaked’ so that they can ‘play’ freely on it.

More news:  We just have to play with it Imran Khan audio leaked

If the cypher is released, people would come to know that grand conspiracy that was hatched to oust him.

Alleged audio of former prime minister Imran Khan and his key aide Azam Khan discussing US cypher, which PTI chief claimed led to the ouster of his government, was leaked online on Wednesday.In the alleged conversation, Azam Khan can be heard informing former prime minister Khan about the US cypher. The audio leak has raised the question of that was the PM kept unaware of the cypher.