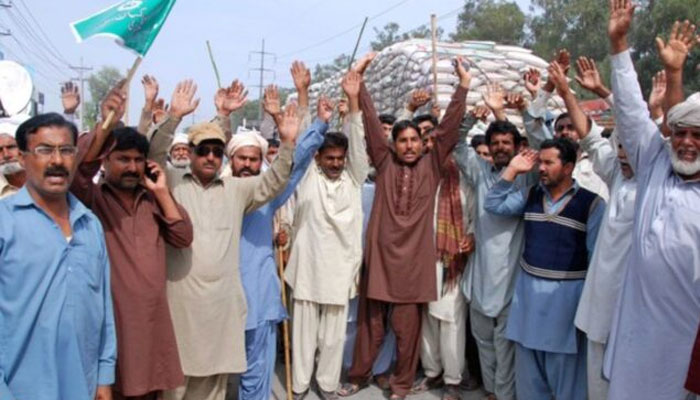 ISLAMABAD: The federal government has sealed the Red Zone ahead of the possible protest of Pakistan Kissan Ittehad (PKI).

According to details, all routes leading to the Red Zone except that Margalla Road have been sealed. Ayub Chowk, Express Chowk and Nadra Chowk are closed, the traffic said and added that one lane is open from Serena Chowk for entry in Red Zone.

The government has ordered the deployment of the Anti-Riots Force to ensure the security of the Red Zone.

The protesting farmers have been demanding to reduce the power tariff, regretting that the government had raised the electricity to Rs36 per unit.

The demonstrators have also demanded subsidies on fertilizers and diesel, while taxes on agricultural machinery and tractors should be abolished.

The farmers entered Islamabad on September 20, affecting the traffic system of the federal capital. Traffic jams were witnessed at Srinagar Highway, G-9, G-10 and Ninth Avenue.