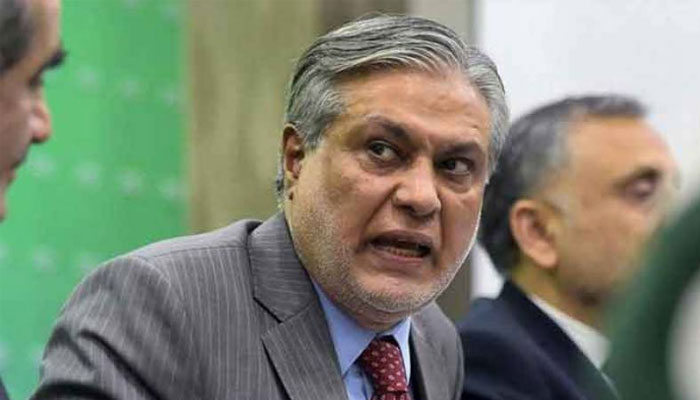 ISLAMABAD: Pakistan Muslim League-Nawaz (PML-N) leader and the new Finance Minister Ishaq Dar said on Wednesday that the case against him is fake as he has always been a regular tax payer.

He was addressing the media today after taking oath as the finance minister when said that the incumbent government issued a passport for him and he travelled back to Pakistan.

He underscored that the case has been faked against him and claimed that he never missed any tax returns.

While lambasting the Pakistan Tehreek-e-Insaf (PTI), Dar said that the party leaders used to claim that they will bring me back through Interpol, however, the request submitted by the party in the organization was rejected.

The PML-N leader also expressed his grief that the fake case has wasted his 5 years.

The finance minister reiterated that PTI has brought the country to this verge and the mismanagement of the previous government had a devastating impact on the economy.

“Panama and other dramas cost heavily on the country. I was offered the fourth time to steer the finance ministry all because I can handle the responsibility.”

He while criticizing the halt of his passport release said that in the whole world, no one can hold a passport on any terms.