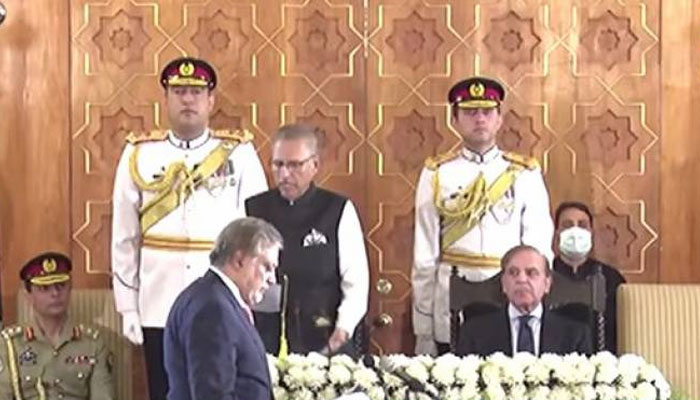 Ruling party Senator Ishaq Dar has sworn in as FM on Wednesday at Aiwan-e-Sadar, around five years after he was ousted from the role by a court in a corruption case.

Earlier, the senior PML-N leader was sworn in as a senator amid the hue and cry raised by the opposition. Ishaq Dar had been living in self-imposed exile in Britain for the last five years and landed in Pakistan along with Prime Minister Shehbaz Sharif on Monday.