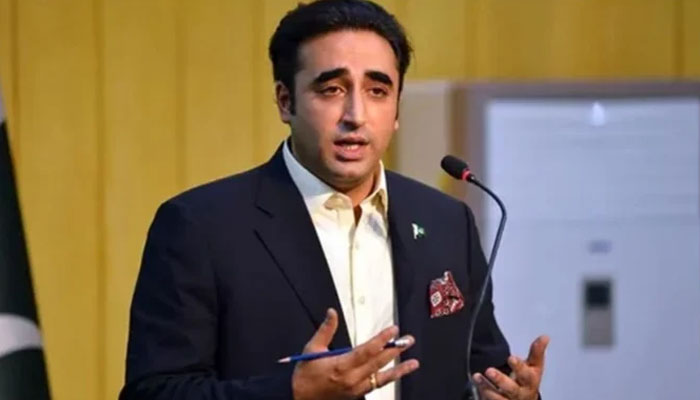 Prime Minister Shehbaz Sharif will decide the appointment of the new army chief as per the constitution and law, Foreign Minister Bilawal Bhutto stated late Tuesday while speaking to Foreign Policy’s editor-in-chief in Washington.

Regarding the question about the appointment of the next army chief, the foreign minister said the Prime Minister of Pakistan has the authority to appoint an army chief and he will decide as per the constitution and law. All institutions in Pakistan are independent, he added.

Talking about the flood catastrophe in Pakistan, he said that 33 million people of Pakistan have been affected while standing crops at 400,000 acres are under water due to floods.

He urged the United Nations and International Financial Institutions to come forward for rehabilitation of flood-affected people of Pakistan.

He said that the wealthy countries should provide 100 billion US dollars a year to less wealthy nations, to help them adapt to climate change and mitigate the further rises in temperature.

He stressed that world countries to provide more medicines, tents, mosquito nets and food items for flood-hit areas as diseases have been prevailed in flood-affected areas of Pakistan.

Commenting on US Secretary of State Antony Blinken’s remarks regarding seeking debt relief from China, Bilawal said its all-weather-friendly country, China, has always helped Pakistan in difficult times. Pakistan’s relations with China are multi-faceted, he said.

Islamabad has played the role of a bridge to bring China and the US closer. Unless the two countries work together, it will be difficult to cope with the ravages of climate change, he pointed out.

Blinken had said, “I also urged our colleagues to engage China on some of the important issues of debt relief and restructuring so that Pakistan can more quickly recover from the floods.”

He also said Pakistan wanted a peaceful Afghanistan as the neighbouring countries have suffered from the war in Afghanistan.

Replying to a query, Bilawal said democracy is better than military dictatorship in any form. “We believe in democratic traditions. And, we will not support undemocratic measures,” he said.

A democratically-elected government believes in the freedom of the media, he noted.