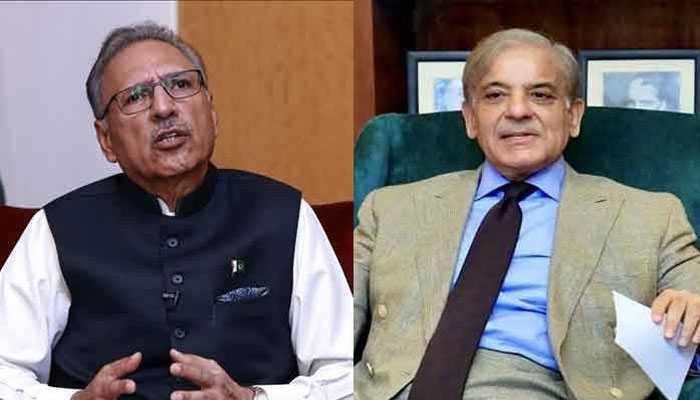 According to the details, PM Shehbaz Sharif met the President at the President’s House, which took place before the swearing-in ceremony of Federal Finance Minister Ishaq Dar. Matters of mutual interest and the issue of audio leaks were discussed in the meeting.

In the 20-minute meeting between the new finance minister and President Alvi, concern was expressed over the economic situation of the country, while the damage caused to the economy due to floods was also discussed.

More news: We just have to play with it: Imran Khan audio leaked

It should be noted that Ishaq Dar, who was sworn in as a senator yesterday, has taken an oath today as the Federal Minister of Finance. During the meeting with Dr. Arif Alvi, Ishaq Dar also informed the President Alvi of his plan to deal with the economic challenges.