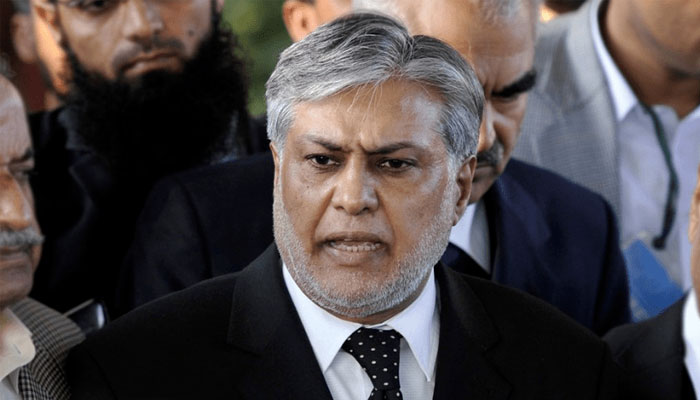 ISLAMABAD: Pakistan Muslim League-Nawaz (PML-N) leader Ishaq Dar might will not appear before the Accountability Court today, as per sources.

Dar reached Pakistan after 5 years on Monday (Yesterday) and he was to present before the accountability court today in the corruption reference.

For the hearing, Interior Minister Rana Sanaullah reached the court however, he came to know that judge Mohammad Bashir is on leave.

To which the interior minister maintained that since the judge is on leave so they will appear again in the court when the judge will be there for the hearing.

It is pertinent to mention here that the court has issued the written orders for suspension of the permanent warrant of the former Finance Minister Ishaq Dar and ordered him to surrender by October 7.