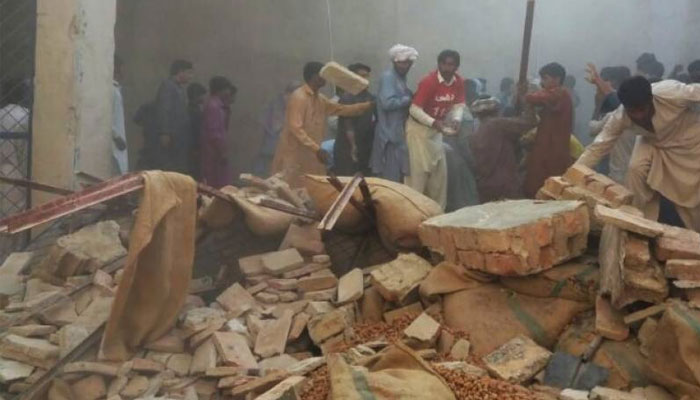 Five people including woman and children died and 11 others were seriously injured when a house collapsed due to heavy rain in Parachinar on Tuesday.

As per details, the incident took place in Tari-Tung area of ​​Central Kurram where five people of a same family including mother and children lost their lives while 11 were badly wounded after being trapped under the debris.

According to Rescue officials, the house was already in a dilapidated condition and collapsed due to incessant rainfall in this season. The family members were inside the house when it came down.

Rescue officials carried out rescue operation and pulled out the wounded from the debris who were, reportedly, in a very critical condition and shifted them to Tehsil Headquarter Hospital (THQ) for medical treatment.

Deputy Commissioner Wasil Khattak visited the critically injured in THQ Hospital and inquired after their health.

The deceased and injured belonged to the family of Maulana Nazir.