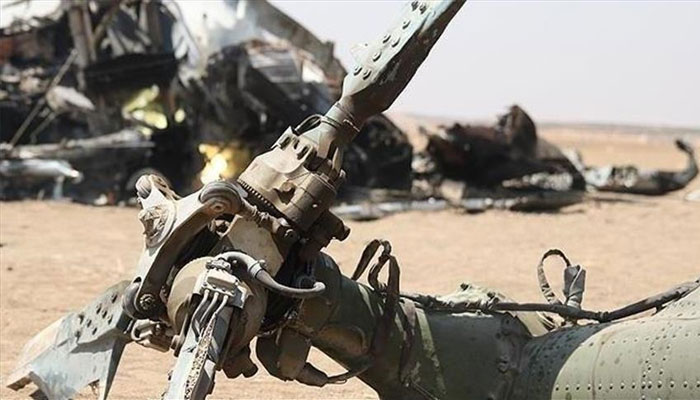 RAWALPINDI – The Inter-Services Public Relations (ISPR) said on Monday that six Pakistan Army officials, including two majors, were martyred after a helicopter crashed during a flying mission in Harnai, Balochistan.

According to military’s media wing, all six personnel on board, including two pilots, have embraced martyrdom in Harnai crash.

One terrorist killed in security forces operation in North Waziristan