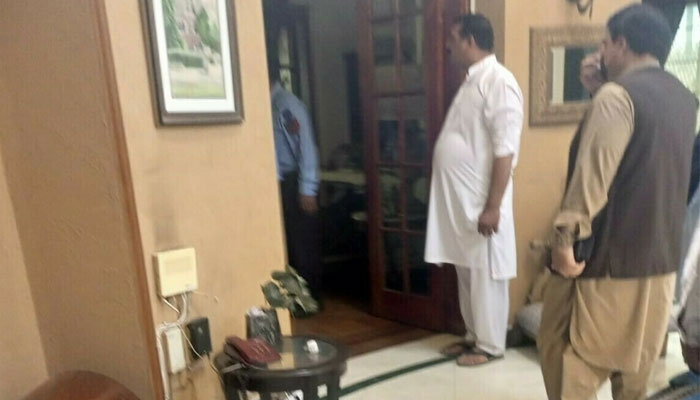 An additional and sessions court approved on Monday bail before arrest of Shahnawaz Amir’s mother, Sameena Shah, against the surety bonds worth Rs50,000.

She appeared before the court of Additional Sessions Judge Sohail’s court who ordered her to participate in the investigation within three days.

Earlier, Sameena approached a local court of Islamabad for the bail before arrest.

Shahnawaz, who is the son of , is in the police custody on physical who are investing him for the murder of his Canadian-national wife, Sara Inaam.

A judicial magistrate issued on Saturday arrest warrants for the suspect’s parents. Ayaz Amir was arrested by Islamabad Police on Saturday night. He was presented before the court on Sunday where the police requested for five-day physical remand. The court, however, gave Islamabad just a day to interrogate him.

In her bail application, Sameena said that she along with her husband was nominated by the uncle and aunt of the deceased in the “false and frivolous” FIR lodged against Shahnawaz by the police.

Sameena said that before committing the murder, her son sent her a message at 00:37am asking to speak to his father to arrange Rukhsati of the deceased, indicating that everything was normal the night before the crime took place.

She claimed that she had gone to sleep after receiving the message.

The petitioner claimed that she was present within the premises of the farmhouse when the incident took place. She, however, was in the kitchen which is far from the room where the crime was committed.

At 09:12am, Sameena said she received a call from Shahnawaz informing her about the incident after which she his room.

By the time she reached there, Sara was already dead, she claimed.

Sameena, in her application, claimed that she asked Shahnawaz to sit in her room while Ayaz Amir called the police which arrived within a few minutes.

She requested the court to approve her bail before arrest as the FIR was lodged in the name of the accused Shahnawaz Amir under section 302 of PPC and she has “no connection with the case or the incident whatsoever”. The petitioner said that her name is being mentioned by the media that an application has been moved for her arrest.

The petitioner said that she has no connection with the murder and is not even the eyewitness to the crime. She claimed that her “name is being added for no reason but to jeopardize her years reputation which clearly establishes the mala fide intent and ulterior motives.”

Shahnawaz’s mother said that she has no prior criminal record and is ready to submit the bail bonds as per the satisfaction of the court.

She claimed that she’s an elderly woman with numerous health issues and is willing to comply with the investigation.