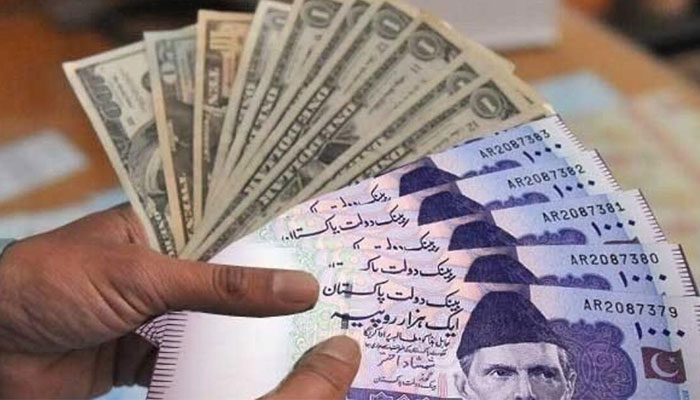 In the first hours of trading on Monday, the Pakistani rupee advanced significantly versus the US dollar, rising by more than 1.5 per cent.

The local unit fared somewhat better the week before after the US Federal Reserve announced raising the main interest rate, ending the week 1.2 per cent weaker versus the US dollar.

Before eventually snapping a 15-session losing streak to settle at Rs239.65 on Friday, the rupee lost value in four of the five sessions, edging perilously close to its all-time low in the inter-bank market.

However, Monday’s triumph is the result of political development. Miftah Ismail, the Federal Minister of Finance and Revenue, stated in a statement on Sunday that he will submit his formal resignation after orally resigning at a party meeting in London.

Dar is largely seen as an advocate for a higher rupee, and experts claim that since he was appointed finance minister, markets have tended to be optimistic on the local currency.

Furthermore, in another significant step, the nation’s central bank on Friday prohibited ECs for cash sale transactions of $2,000 and above in order to further improve the regulatory regime for Exchange Companies (ECs) and promote the use of banking channels.

According to the SBP’s new guidelines, ECs must now complete all foreign currency selling transactions against PKRs totaling $2,000 or more through banking channels.