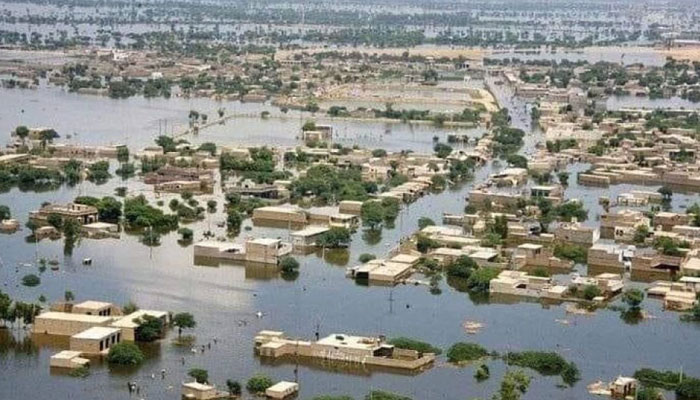 Islamabad: The death toll due to devastating monsoon floods across the country on Monday surged amid property losses as five more perished in the past 24 hours, taking the total death count to 1,638.

The National Disaster Management Authority (NDMA) issued a 24-hour situation report released on a routine basis that accounted for overall life, property, and infrastructure losses due to the heavy rains which lashed out various parts of the country.

As many as 72 districts across the country are affected by rains and floods in which more than 3.3 million 46 thousand people were affected, the National Disaster Management Authority (NDMA) said.

NDMA report said that 747 deaths were recorded in Sindh, 323 deaths in Balochistan, 306 deaths in Khyber Pakhtunkhuwa, and 191 people lost their lives in Punjab, 22 in Gilgit-Baltistan, and 48 in Azad Kashmir.

The total number of people who have been injured so far across the country has been recorded at 12865.

Around 1,225,313 houses were damaged in the chain of rains across the country, of which 824169 were destroyed completely, the report said.