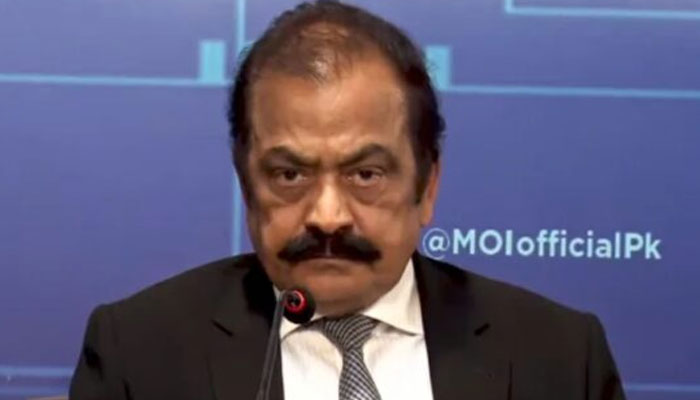 ISLAMABAD: Interior Minister Rana Sanaullah said Saturday that if Pakistan Tehreek-e-Insaf (PTI) wants to protest peacefully then the government will cooperate and provide security to the demonstrators.

While addressing a press conference, the interior minister said that if the PTI workers and stalwarts record their protest at the designated space then the federal government will provide them with the basic facilities.

“However, if they bring armed people in the protest, or try to invade the state, then they will be halted the same way as it was done in the past.”

Interior minister further said that to obstruct the armed groups the state will be needing security personnel and for that the capital is having Rangers, FC, Capital police, and Sindh Police contingents. He also underscored that Imran Khan admitted that the people who joined the protest on May 25 were armed adding that whoever comes in the form of an armed group is responsible, the defender is not responsible while warning PTI to check its preparedness.

The PML-N leader while touching on the issue of Ishaq Dar’s return said that the former finance minister will be landing in Pakistan next week and will take over the finance team upon his return.

Sanaullah also asserted that the incumbent government was near to reducing the inflation in the country when suddenly the calamity hit that catalyzed the problems in Pakistan.